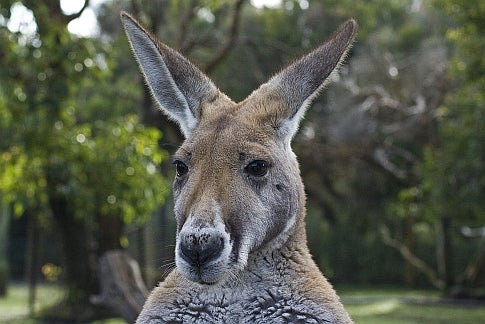 What makes an eco-friendly meal? It’s a question that has caused many heated arguments. Some say vegetarian, or even vegan, meals are the best way to lead a green lifestyle, since the livestock industry causes a plethora of environmental problems, from massive-scale deforestation to air and water pollution. Others argue that the large-scale production of corn and soy (a popular substitute for meat products) are just as bad for the environment.

In Australia, the debate has taken an interesting turn.

Professor Ross Garnaut, a government adviser on climate change, is urging his fellow Aussies to serve kangaroo meat in place of beef or lamb, because the marsupials produce negligible amounts of environmentally damaging methane gas. On the other hand, cattle and sheep, according to Garnaut’s 620-page study, produce a considerable amount of methane gas through belching and flatulence, and are among the millions of livestock responsible for approximately 67 percent of agricultural greenhouse gas emissions. In order to help the environment, he proposes that Australia, which is one of the world’s largest per-capita producers of greenhouse gas emissions, should decrease its cattle and sheep populations by seven million and 36 million respectively, and increase its kangaroo numbers from 34 million to 240 million by 2020. The study cites other benefits, too: kangaroo meat is low in fat and high in protein levels, and the animals survive better in times of drought.

The plan may sound good in theory — after all kangaroos were a prime source of meat for much of Australia’s 60,000-year human history, Garnaut points out — but whether Australians will play along is another matter. Although 58 percent of Australians have eaten kangaroo (a seven-percent increase from a decade ago), eating marsupial meat is still controversial and makes many squirm because of the kangaroos’ elevated status in Australia — they’re even on the country’s coat of arms. And the head of the Northern Territory Cattlemen’s Association calls Garnaut’s proposal “ridiculous,” arguing that kangaroos are not the answer to the greenhouse emission problem and that replacing livestock with them would cause more harm than good when it comes to land management and jobs.