After Wrong Turn, Japanese Spacecraft Finally Makes It To Venus 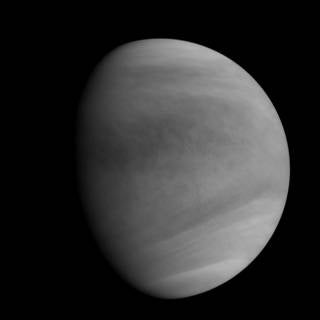 Usually when you miss an exit, it doesn’t take you five years to return to your highlighted route. But that’s what happened to Japanese spacecraft Akatsuki, which left Earth headed for Venus in May 2010. Unfortunately, it didn’t make it.

In December 2010 Akatsuki missed Venus and got pulled towards the sun. The failure was a blow to the Japanese space program, JAXA. But they persevered, programming a detour that would have the probe circling the sun for five years until it got a good chance to try again. Today they announced that Akatasuki has been successfully inserted into the planet’s orbit.

NASA congratulated JAXA on their accomplishment.

Now that Akatsuki has made it to Venus, it’s time for the probe to get to work. The probe will study the planet’s climate. Venus has a much thicker atmosphere than Earth, with a very different composition. Learning more about the differences between the two could give scientists here more insight into our own atmosphere.