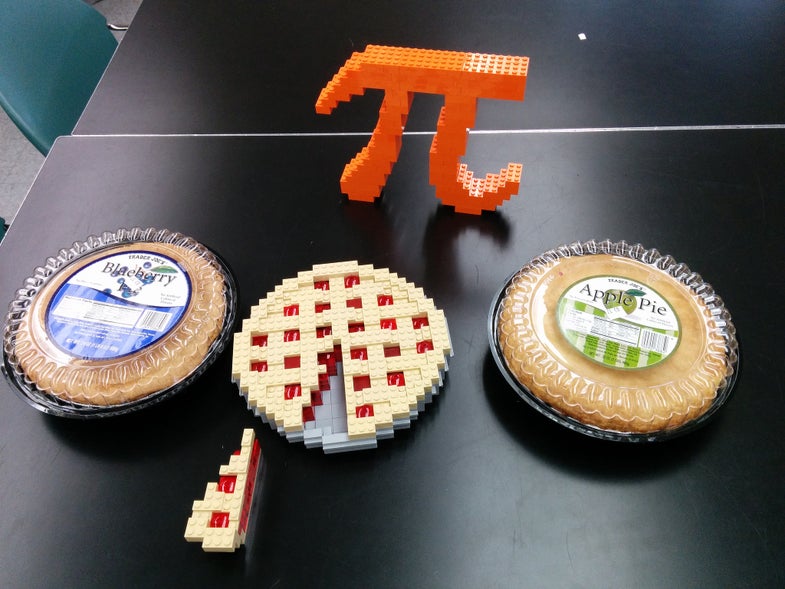 What’s that? Oh, just the sound of high school students in math classes around the world rolling their eyes because today is the annual day during which their lessons are all about one number, a number whose first three digits happen to coincide with this date on the Gregorian calendar. At least they get some free food out of it. How many digits can you recite from memory? I’ve got 3.141592653…

Go ahead, give it a shot.

Here’s a website that lists the first million digits of pi. Quick, give it a look before it goes down!

Apparently people are calling today’s Pi Day “Rounded Pi Day,” because if you round pi up at five digits, the date matches the abbreviation of today’s date (3.1416).

Here are some animations that show why pi is important.

You can also find your birthday within pi using this handy tool (H/T: Derek Wallbank)

Here’s our previous Pi Day coverage too, if you’re into that sort of thing.