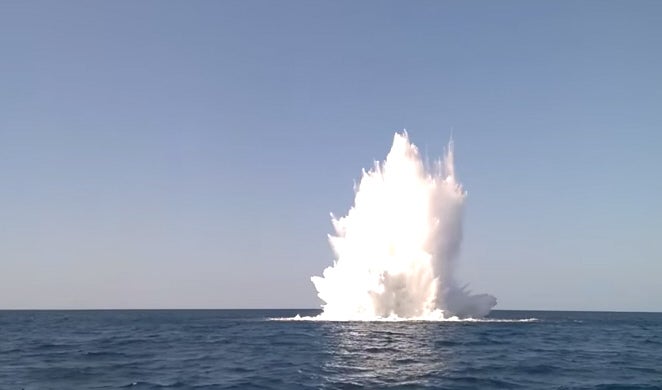 Every bomb that doesn’t go off is a future bad day waiting to happen. In Laos, unexploded bombs dropped during the Vietnam War still kill hundreds of people annually. They’re also a deadly problem at sea. The Italian Navy recently announced that it has dismantled several underwater mines and lost bombs from World War II–and they did it using robots.

The bombs were located in the Mediterranean, off the western and southern coasts of the boot-shaped peninsula. Three devices were removed already, with plans to remove a fourth. From the Italian defense ministry:

The explosives were disabled by a combination of divers and robots. Pluto Gigas robots–submarines that can operate autonomously or under remote-control–located the explosives on the seafloor and then hooked them to ropes that brought them to shallower water. From there, human divers tied more ropes around the bombs. Once the humans were safely away, the old bombs were detonated underwater. In the future, robots might do this without any human help, but for now it’s good to know they’re willing to lend a mechanical hand.

Watch the video below, set to a Eurotrash techno soundtrack: