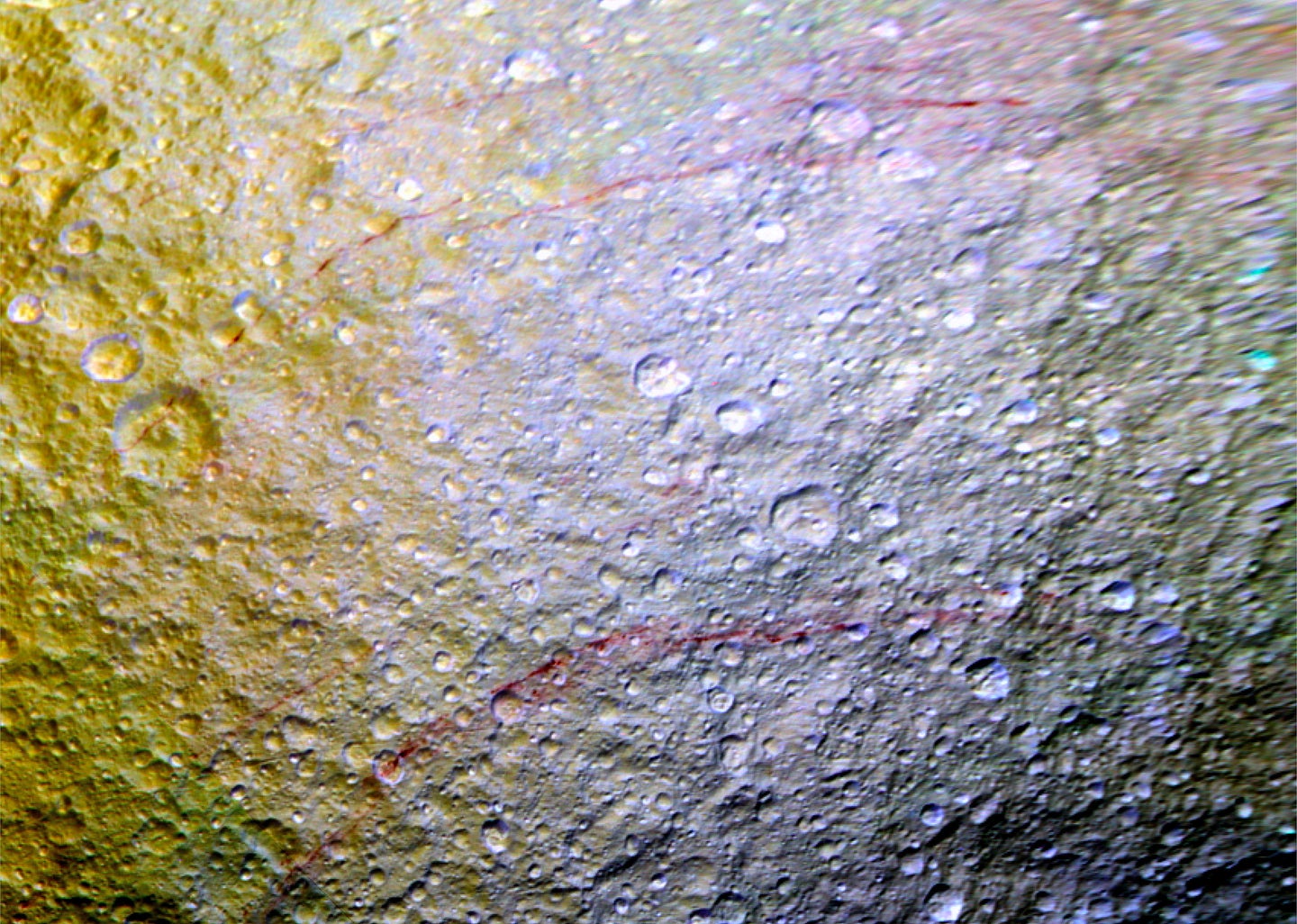 Enhanced-color images from NASA’s Cassini spacecraft have revealed long, reddish streaks across one of Saturn’s moons.

Tethys, a 660-mile-wide ball of ice, has a dull whitish-gray surface to the naked eye. But when it’s viewed through different filters, the surface comes alive. To create the image above, scientists combined pictures that were taken using clear, green, infrared, and ultraviolet filters, and the result is an exaggeration of the moon’s subtle compositional variety.

Although Cassini spotted hints of these lines before, the moon’s northern latitudes recently shifted into brighter lighting, allowing the spacecraft to capture these better views.

The red streaks are a few miles wide and several hundred miles long. It’s not clear where they came from—maybe something scraped across the surface, exposing ice with chemical impurities. Or, the chemical impurities could be leaking out of fractures in the ice that are too small for Cassini to see.

Whatever the cause, the Cassini team thinks the lines are relatively young because they cut across older impact craters. “If the stain is only a thin, colored veneer on the icy soil,” said Cassini imaging scientist Paul Helfenstein in a press release, then “exposure to the space environment at Tethys’ surface might erase them on relatively short time scales.”

Earlier this week, Cassini used a similar color-exaggeration technique to capture this gorgeous view of Odysseus, Tethys’ giant impact basin. In regular lighting, the basin appears to be the same color as the rest of the moon, but enhanced color shows that the crater may have a composition that’s different from the surrounding areas. 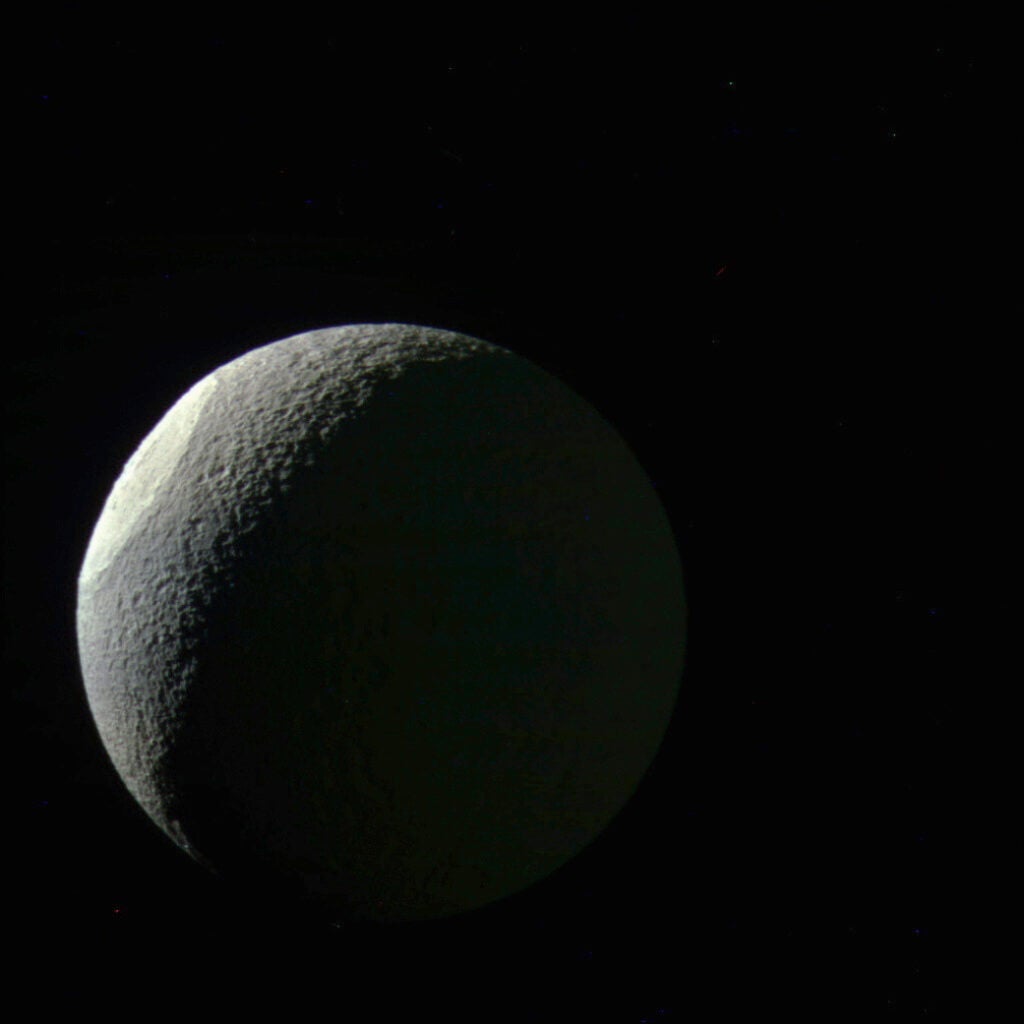