If so, definitely no headphone jack 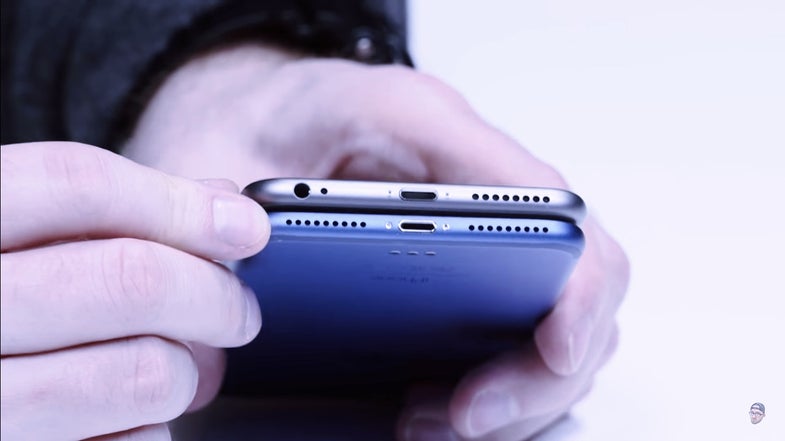 Youtuber Unbox Therapy claims to have a mock-up of the iPhone 7 Plus and, if it’s legitimate, it answers a lot of questions about how the new iPhone will set itself apart from the previous generation. The big change: no headphone jack.

The video claims to show a mock-up phone sent from a reliable overseas source way ahead of the release of the actual phone. We’re skeptical that it’s real without confirmation of course, but if it is, there are some changes to note.

A dual lens camera, repositioned antenna bars, a slight change in thickness, the removal of the headphone jack, and additional sensors are all present here, and they seem to be within the realm of possibility for the next iPhone. Also take note of the color—we at Popular Science agree that we could definitely get behind that blue.

It’s all speculation until Apple confirms, so take a look at the video and let us know on Facebook or Twitter whether you think this thing is real. Because we’ve got to do something with our time until Apple makes the announcement.