Where no cube has gone before 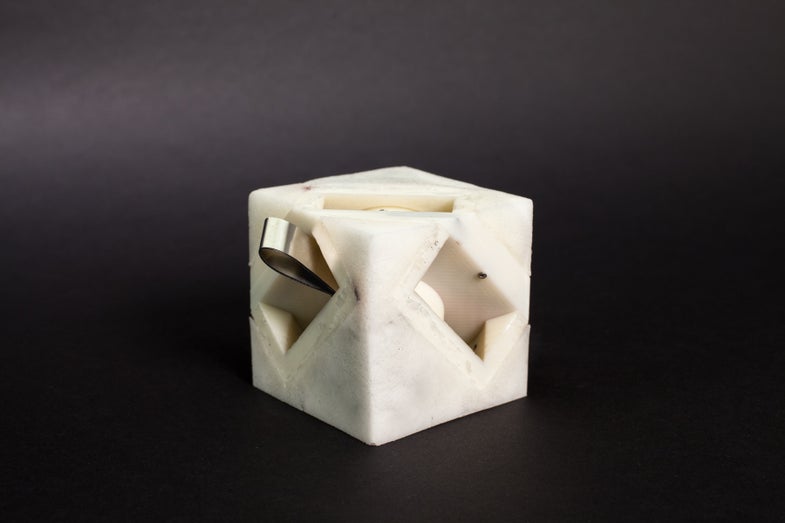 Sometimes, it’s hip to be cubed. A new robot created by a group at MIT’s Computer Science and Artificial Intelligence Lab (CSAIL) may be a cube, but it’s still very cool.

In a recent paper the researchers describe how the 3-inch, 7-ounce cube works. Equipped with sensors that track its position, the small, squishy robot moves by deploying steel ‘tongues’ that are wound up by a motor inside the cube. The bendable steel presses against whatever surface the cube is resting on, propelling it up with a jump. With its on-board navigation, the autonomous bot can jump its way over rough terrain (a.k.a. stacks of plastic).

Earlier versions of the jumping cube had rigid shells, but the group found that a soft silicone exterior allowed the robot to cover more distance by bouncing along the ground.

The researchers hope that future versions of the cube can be fitted with small cameras, making them excellent for exploring rough areas like disaster zones, or other tight spaces. Another idea mentioned in the paper is to use a wireless network to conduct “outdoor surveillance by using a group of our jumping robots. “

See the cube in action here: