It probably won't clean your floors, but it can become the roaming DJ of your dreams 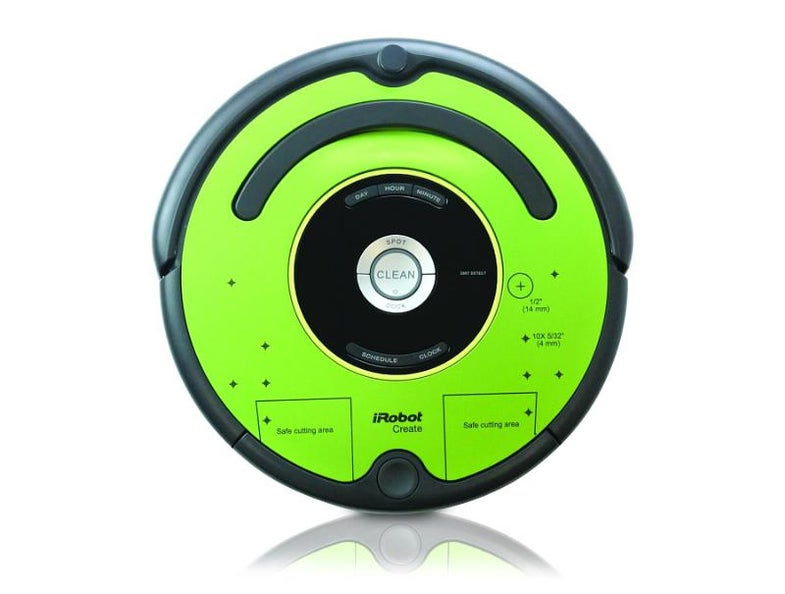 iRobot Create 2 is a preassembled mobile robot based on the Roomba 600 Series that provides an out-of-the-box opportunity for educators, students and developers to program behaviors, sounds, movements and add additional electronics. (PRNewsFoto/iRobot Corp.). Dave Bradley
SHARE

If you’ve longed to have a robot sidekick of your very own, but weren’t sure where to start, iRobot is here to help. The company behind the iconic Roomba has released a new version of their classic floor-sweeping bot, aimed squarely at students interested in hacking robotics.

The iRobot Create 2 is a pre-built robot platform that’s designed for experiments and, as the name might suggest, creativity. Rather than a polished, black faceplate, for example, it features a lime green one and includes a template to explain where it’s safe to cut and drill in order to mount additional hardware. The company’s also distributing 3D printing instructions for, say, replacing the Roomba’s bin with a cargo bay.

Programming the robot is a simple matter of hooking it up to your computer via the included serial-to-USB cable. However, if you prefer, you can go further by connecting an Arduino or Raspberry Pi and programming in more complex behaviors for your robot. iRobot even provides a few jumping-off projects, including attaching a microcomputer and camera to the robot, turning it into an LED light painting device, or—perhaps best of all—turning it into a roving music platform. (DJ Roomba, here we come!)

One challenge for students, of course, is budgeting. As such, iRobot’s tried to list the Create 2 at an affordable price—just $200—to help put it in the reach of educational institutions. It’s also asking schools to share the projects that they develop using the robot platform, in the hopes of spreading that knowledge to other schools and students.

Of course, if we’re inculcating a fascination with robotics in the next generation, we may be inching ever closer to swarms of Roombas eventually taking over the world as we know it—but at least they’ll be playing a jaunty tune when they do.