Walking into the future at less than 1 mph 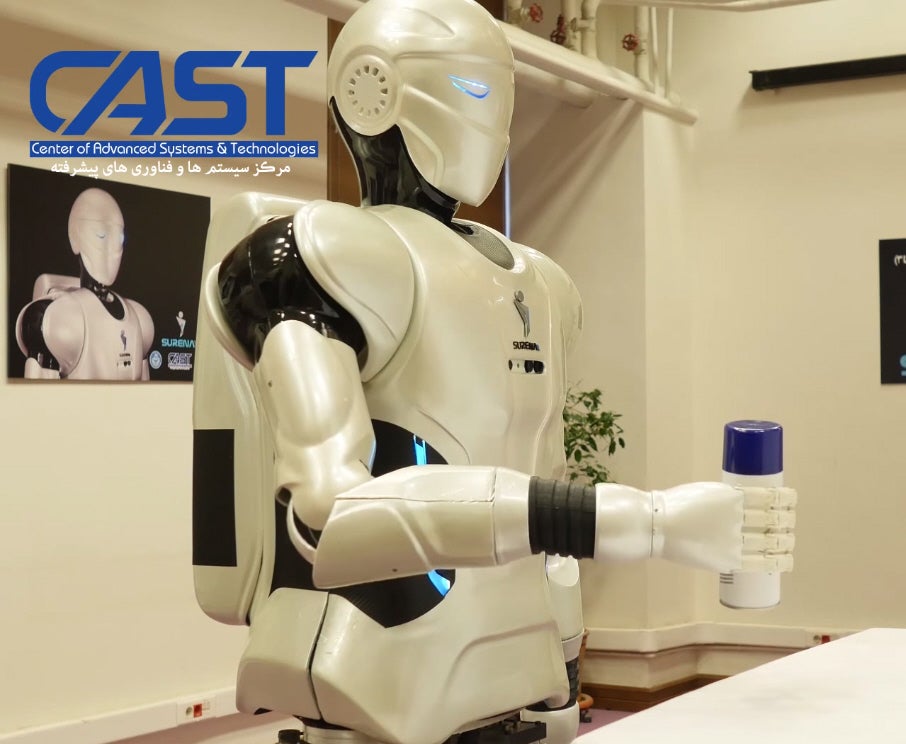 What’s over six feet tall, 216 pounds, and poses no direct threat to America? If you guessed “the latest humanoid robot from Iran,” you can probably skip this story—but for everyone else, the Surena III is Iran’s latest human-shaped technology demonstrator, as IEEE Spectrum reports.

Revealed earlier this week, the robot, built by Iran’s Center of Advanced Systems and Technologies, uses Microsoft’s Kinect sensor to see and is built on open-source software. It can do this:

The robot, while modest by the standards of what can be done today, is a great improvement over the previous Surena II robot, unveiled in 2010. Surena II had 12 degrees of movement in its feet and just eight in its hands, while the new version has a total of 31 degrees of freedom. Surena II was absurdly slow, moving at barely over an inch per second, while Surena III can walk at a blustery 7 inches a second, or 0.4 miles per hour. That’s still slow enough for researchers to place inche-high boards under III’s feet as it steps, which demonstrate an ability to stay upright even on slightly uneven ground. One small step for Iran’s robotics, no word yet on giant leaps for mankind.