The nightmarish Asian longhorned tick has invaded the U.S.—and it can reproduce without mating

It's in at least eight states already, and no one is sure how long it's been here. 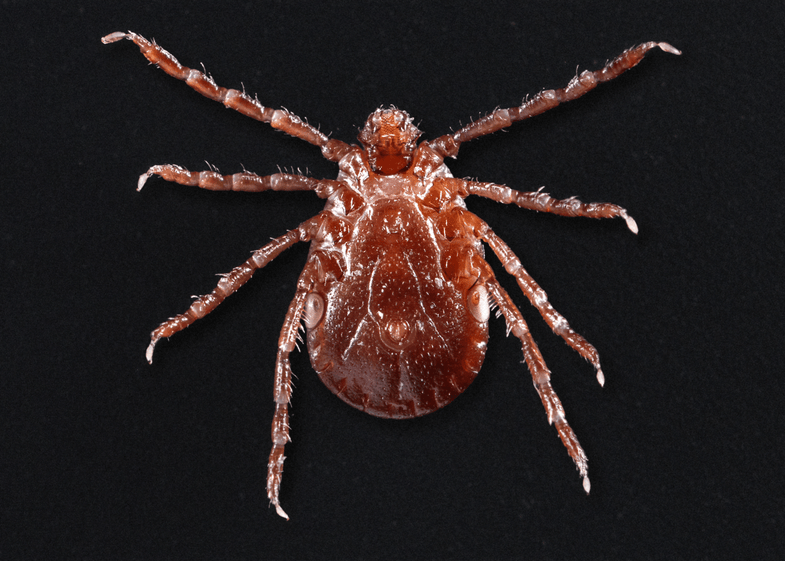 When officials from the Centers for Disease Control first encountered longhorned ticks, there were so many crawling in the grass that the investigators found the bugs crawling all over their pants within a few minutes. Thousands of them filled the sheep paddock inspectors were there to examine, where a single ewe lived along with thousands of tiny roommates.

Longhorned ticks weren’t previously known to live in the U.S., much less to live on a solitary sheep in Hunterdon, New Jersey that had never traveled outside of the country. She hadn’t even left the property in years. Yet here was a bug that wasn’t supposed to exist on this continent—in droves.

After the sheep’s owner brought some tick samples to the CDC back in August 2017, the agency started digging a little deeper. Asian longhorned ticks (so called because they’re native to East Asia), or Haemaphysalis longicornis, are on the list of prohibited critters that border inspections are supposed to catch. Over the years, U.S. ports of entry have intercepted the bugs at least 15 times. But once the CDC started looking for the ticks, they found evidence that the critters have spread to at least eight states—New Jersey, Virginia, West Virginia, New York, North Carolina, Pennsylvania, Connecticut, and Maryland—and are popping up on a variety of hosts, from people to pets to livestock. It’s the first invasive tick to enter the U.S. in 80 years.

So far the ticks haven’t caused any diseases that we know of, but the CDC is still trying to contain the spread as much as possible. In Asia, longhorned ticks can carry all kinds of infectious parasites and bacteria, including Anaplasma, Babesia, Borrelia, Ehrlichia, and Rickettsia. All of those agents also exist in the U.S., which means any ticks that end up here could help propagate the diseases to livestock and potentially even to humans.

The main threat is really to cattle, though, not people. In New Zealand and Australia, dairy cows infested with longhorned ticks produce up to 25 percent less milk, which though not ideal (and potentially catastrophic to a farmer’s business) isn’t even the worst thing these bugs can do. Some cattle get swarmed with ticks so fast they die of exsanguination—the ticks drain the cow’s blood so fast they die.

Nothing that dramatic has happened in the U.S., but that’s no reason to think it couldn’t in the future. The ticks have already been here much longer than we thought. After the sheep infestation in 2017, CDC officials went back to look at archived samples of ticks found in similar areas in the past and found that one pulled from a West Virginia deer in 2010 was actually H. longicornis, as was a tick found on a dog in New Jersey in 2013. The very fact that every life stage from egg to larva to adult was found on the original sheep was enough to concern CDC researchers at the time, since it meant the ticks had been there long enough to go through multiple cycles of reproduction.

H. longicornis can produce anywhere from 1 to 2,000 offspring at once, and it doesn’t even need a buddy to get the job done. Longhorned ticks are capable of parthenogenesis, a kind of reproduction in which female adults can produce eggs with two copies of each gene. Normally, animals that mate require a sperm cell to provide the other half of the genetic material to make a diploid cell (one with two copies of each gene). Longhorned ticks don’t need sperm. They just make viable eggs on their own, spreading thousands of baby ticks out into the world without a tick man to help them.

Though you personally shouldn’t be too worried about catching a disease from H longicornis, if you live in an area prone to ticks you should always use insect repellent when you go into the woods and wear long pants to prevent bugs from attaching to your legs as you walk by (check out our full guide here). If you do find one, remove it as quickly as possible to reduce your risk of contracting a tick-borne illness. If you’ve got pets, check their fur for bugs regularly and use anti-tick and -flea medicine. And if you live in one of the areas that H. longicornis has been found and happen to see a tick, save it in a small container or ziploc baggie inside rubbing alcohol and contact your state’s public health department. Some states are collecting samples from the public so they can track this growing problem.