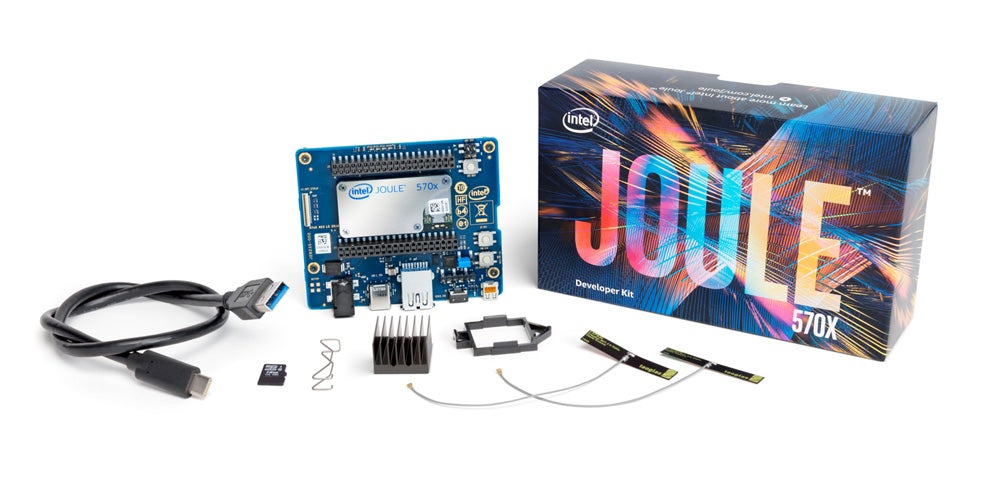 Joule features sensors from Intel’s RealSense tech that give it powerful real-world applications for drones, robots and even industrial safety glasses, as company PivotHead demonstrated today at the Intel Developer Forum. A demo showed how you could wear these glasses and see the voltage of an aircraft in realtime, for verification purposes. Since Joule is self-contained and can handle its own processing power, the need for wireless connectivity or another system is null and void.

Joule is available right now as a developer kit via Newegg, and Intel plans on certifying it for use in over 100 countries by the end of 2016. Anyone can get involved with this kind of tech and the possibilities are nearly endless, giving Intel a bigger share of this kind of market that could go a long way in making things easier and safer for consumers.