Intel’s new chip puts a teraflop in your desktop. Here’s what that means

It's as fast as a turn-of-the-century supercomputer. 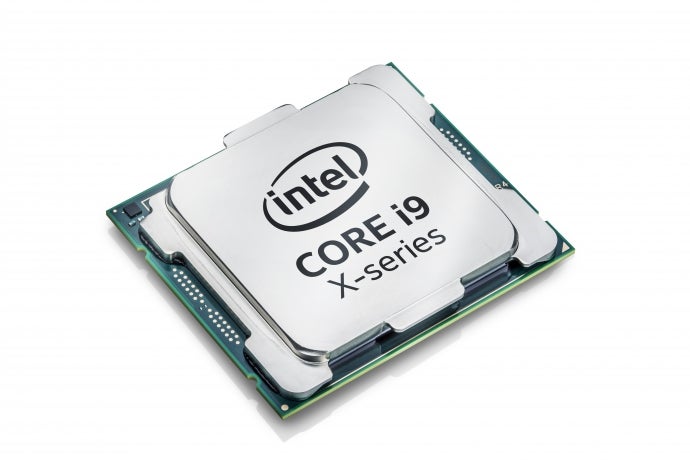 Earlier this week in Taipei, Intel announced the most powerful desktop chip for consumers that it has ever sold. With 18 cores and a price tag of $1,999, the processor is known as a teraflop chip, meaning it can accomplish a trillion computational operations every second.

Called the Core i9 Extreme Edition processor, the chip is not for the average computer user, someone who just wants to check email, read the news, and watch “House of Cards.” Instead, the processor is for people who want to do extreme stuff, like playing a game in 4K while simultaneously livestreaming it—oh, and also doing two other things at the same time. In a cute turn of phrase, Intel calls this “mega-tasking.”

This is Intel’s first time making a consumer desktop chip that breaks the teraflop barrier, and Gregory Bryant, an Intel senior vice president, calls it “by far the most extreme desktop processor ever introduced.”

From megaflops to teraflops to petaflops

“There was a time, when if someone said ‘teraflop,’” says Brandon Lucia, an assistant professor of electrical and computer engineering at Carnegie Mellon University, “you would expect them to be talking about a supercomputer that had many, many processor chips.”

In fact, if you wind back the clock to 1976, the Cray-1 supercomputer could do just 160 megaflops (that’s a million FLOPS), meaning this singular new Intel chip is about 6,000 times as fast as that machine, says Steve Scott, a senior vice president and chief technology officer at Cray, Inc.

In the late 1990s and 2000s, supercomputers were still measured in teraflops, and an important machine called ASCI Red at Sandia National Laboratory reigned as the fastest machine in the world from 1997 to 2000. It could do over a teraflop.

Today, these powerful machines are measured in petaflops (that’s a thousand trillion FLOPS). As just one example, Mira, the supercomputer at Argonne National Laboratory, is a 10-petaflop machine that has been used to model complex scenarios like a potential Ebola outbreak in the United States.

When a chip like the new Intel processor is doing floating-point operations, the math is not done just for the sake of doing math—it’s the computation powering the software you’re running.

“This isn’t just to make the computer into a calculator,” Lucia, of Carnegie Mellon, says. “Those floating point numbers represent the kind of important workloads that we care about, whether it’s video editing or virtual-reality environments.”

In short: a powerful chip like this can make virtual reality, gaming, streaming 4K video, or video editing all go faster and more smoothly. A PlayStation 4 has a graphics processing unit that can do over a teraflop, if you’re keeping score at home.

The Intel chip boasts more cores than a rival processor called the “Threadripper,” which packs 16 cores and is made by AMD. The comparison gets pretty nebulous, however, unless you consider what a core actually does.

Envision a supermarket checkout line, says Lucia. Let’s say there’s just one open register, and the cashier is checking out one customer at a time; that’s like a single-core chip. (And if you’re standing in that line with your bananas and ramen, you’re likely feeling frustrated.)

Now imagine that 18 checkout lines are open, all of them staffed with cashiers who are checking customers through in parallel with each other. In this utopian scenario, everything moves much, much faster. That represents an 18-core processor.

This new chip does even more than that, because it uses an Intel technology called hyper-threading, which means that each core can actually do two things at once. In our supermarket analogy, that’d be as if the store hired robots that could check out two people simultaneously in each of the 18 lines—now they’d be able to help 36 people a time. Similarly, this new Intel chip can actually do 36 tasks at once.

So why would we want a chip like this?

And all that matters because something like an interactive virtual-reality landscape places a huge demand on the processor. Sure, computers and processors already on the market can power, say, an Oculus Rift headset, but the idea behind a powerful chip like this is that it could do several intense things at once; it could also make for smoother interactions between people and computationally-demanding software.

“We want to run these [intense programs] efficiently so that we can do things that are responsive and appear to react in realtime to our interactions with them,” Lucia says. “This is the direction that a lot of computing is going.”

All of which means that not only can a chip like this power a virtual reality experience, it could also power other complex endeavors that require tons of computing heft—like simulating how a protein (a large molecule made up of amino acids) interacts with another protein.

Intel hasn’t said when this chip will be available, but a company representative said that other chips in the same family (called the X-series) with fewer cores will be available in the next few weeks.