Not a great idea 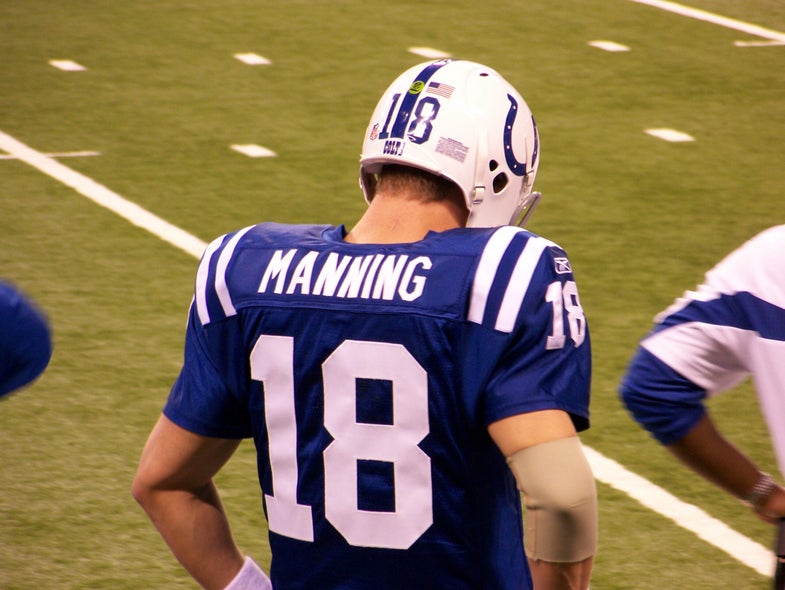 An injured knee can cost a pro football player millions of dollars, or even an entire career. MIT Technology Review reports that, in an effort to regrow cartilage and heal injured tissue quickly, hundreds of players are injecting bone marrow cells into their knees and hips. Evidence is weak that the procedure actually works and, as with all unproven stem cell therapies, there could be risks involved. Just ask the lady who grew a bone in her eyelid after getting (illegal) cosmetic stem cell injections.

“We don’t really know exactly what it does, biologically.”

Though it’s not illegal for an athlete to remove some of his own stem cells and re-inject them later, Sports Illustrated reports that some players are traveling to places like Russia and North Korea to receive treatments that are illegal in the U.S. These procedures make copies of the players’ stem cells so they can inject two million of them, versus the 10,000 found in a typical injection available in America. (Because those methods involve “significant manipulation” of the stem cells, they would require FDA approval in the U.S.)

Some studies evaluating the effectiveness of the experimental treatment are underway, but the answer will not be clear for at least another year, likely longer. That’s time many football players don’t have to waste.