Bill Pullman and Jeff Goldblum are back to save mankind 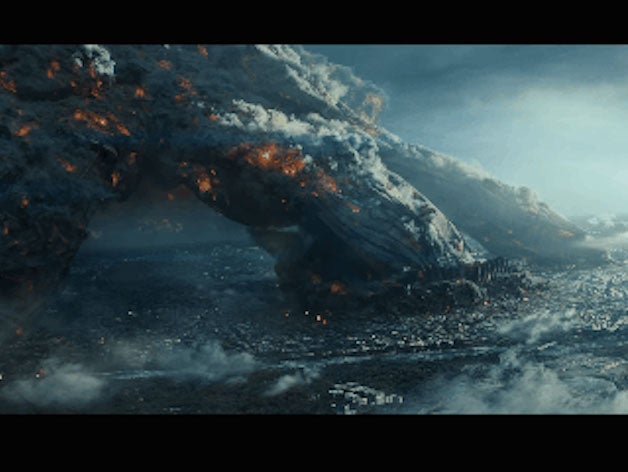 The aliens are back

Twenty years ago, Roland Emmerich unleashed Independence Day upon the world, the perfect summer flick to beat those scorching and agonizing afternoons of July and August, and now, the savant of the mid-year blockbuster returns with an ID4 sequel, titled Independence Day: Resurgence.

The first trailer dropped over the weekend, and the film, slated for a June 2016 release, returns much of the original cast. Look, there’s Judd Hirsch and Randy Quaid! Hello Jeff Goldblum! And even Bill Pullman is back, sporting a nicely curated silver-fox beard. The premise — as best we can tell from the two minute-plus trailer — is as follows: Earth always knew the alien force would return so we used their technology to bolster our extraterrestrial defenses.

But, as Goldblum menacingly intones, “It won’t be enough.” Emmerich recycles Pullman’s famous ‘go get ’em, boys!’ speech from the original film, and if the trailer is any indication, Independence Day: Resurgence will look pretty spectacular on the big screen.

There will be no Will Smith, though, in this sequel. Per reports, Smith has since become “too expensive” to cast, so instead, Emmerich and Co. will rely on post-Hunger Games Liam Hemsworth to lead the world’s fight for survival.

Even though Independence Day: Resurgence is a return to a decades-old franchise, it will be nice to have one blockbuster that is a somewhat (and I use that term lightly) original concept and not based on a comic book or a retread series.