Get up-close and personal with these incredible sharks 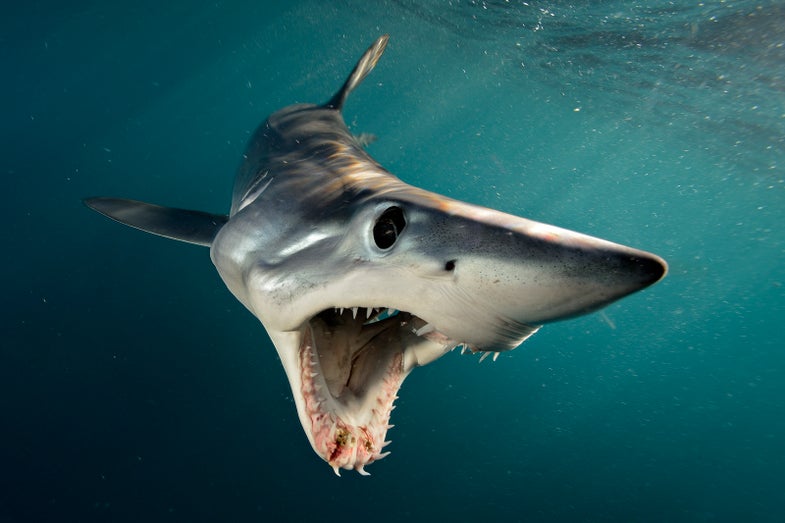 The following images and captions are excerpted from photographer Brian Skerry’s book Shark. 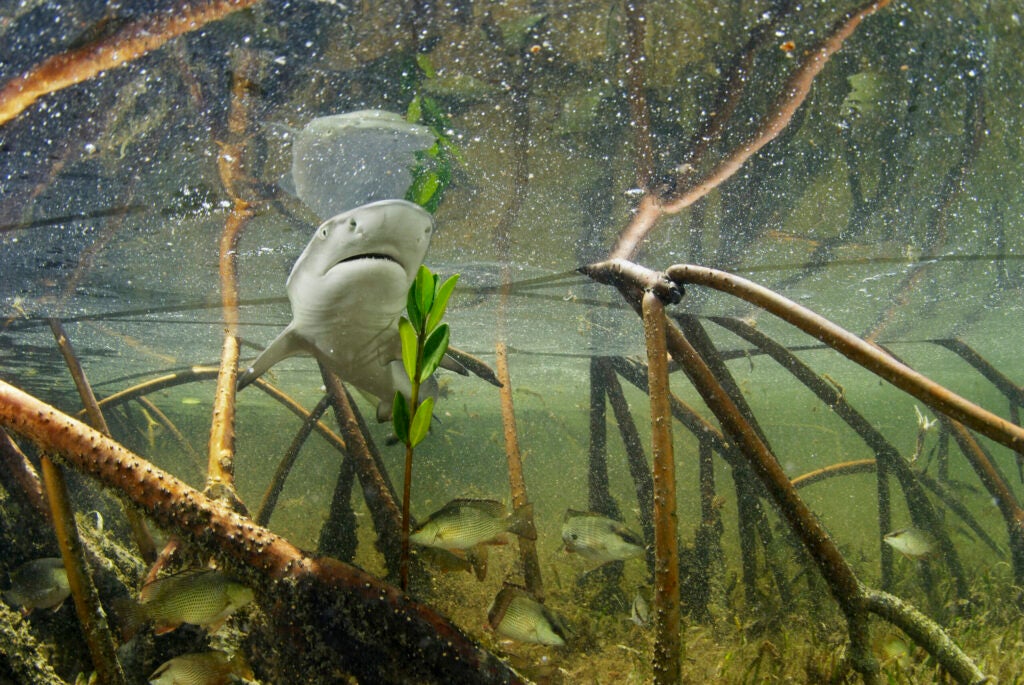 This mangrove forest in Bimini, Bahamas, is a nursery for lemon shark pups. At only a few weeks old, they are perfect miniatures of adult lemon sharks. The mangrove roots keep them safe from predators during the first few months of their lives, before these sharks head out into open waters. I wanted to capture images of sharks at this vulnerable stage of their lives to help show people that these animals are more than dangerous predators. They’re fascinating, multidimensional animals with rich lives.

At Isla Holbox in the Gulf of Mexico, whale sharks gather to feed every year. From a boat it seems like these massive fish swim rather slowly, but when I got into the water, I was surprised by their speed. I wanted to swim ahead to capture the living wreath of scad circling this shark’s head, and just keeping up took a tremendous effort. 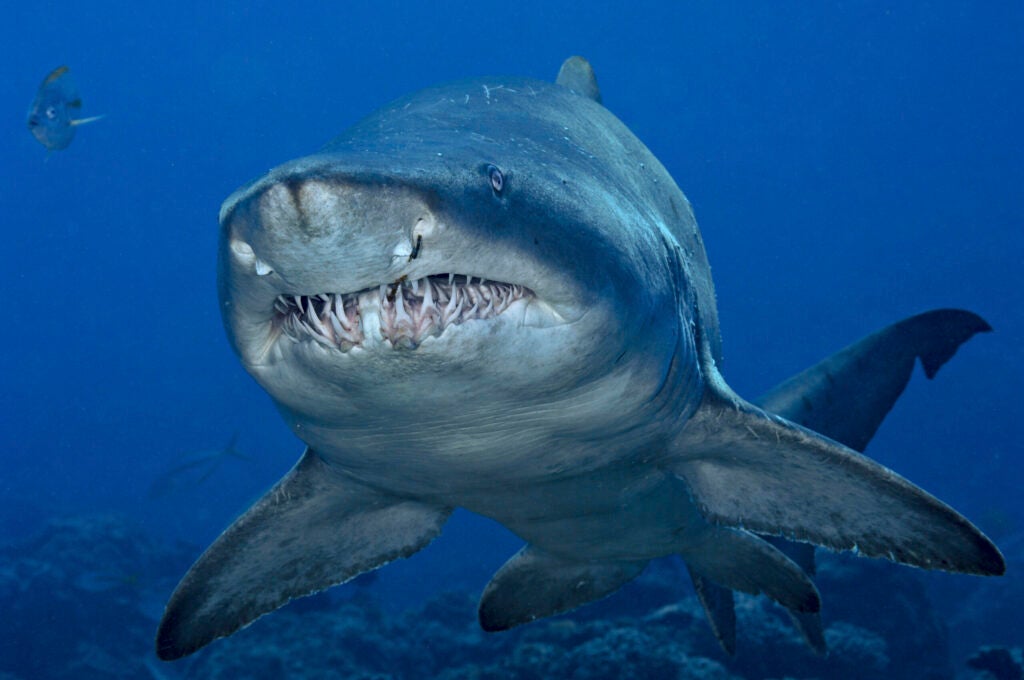 All those teeth make the sand tiger shark look mean, but it is one of the politer species of sharks that I have encountered. I met this one near the Ogasawara Islands off the coast of Japan, an area known for its sand tigers. 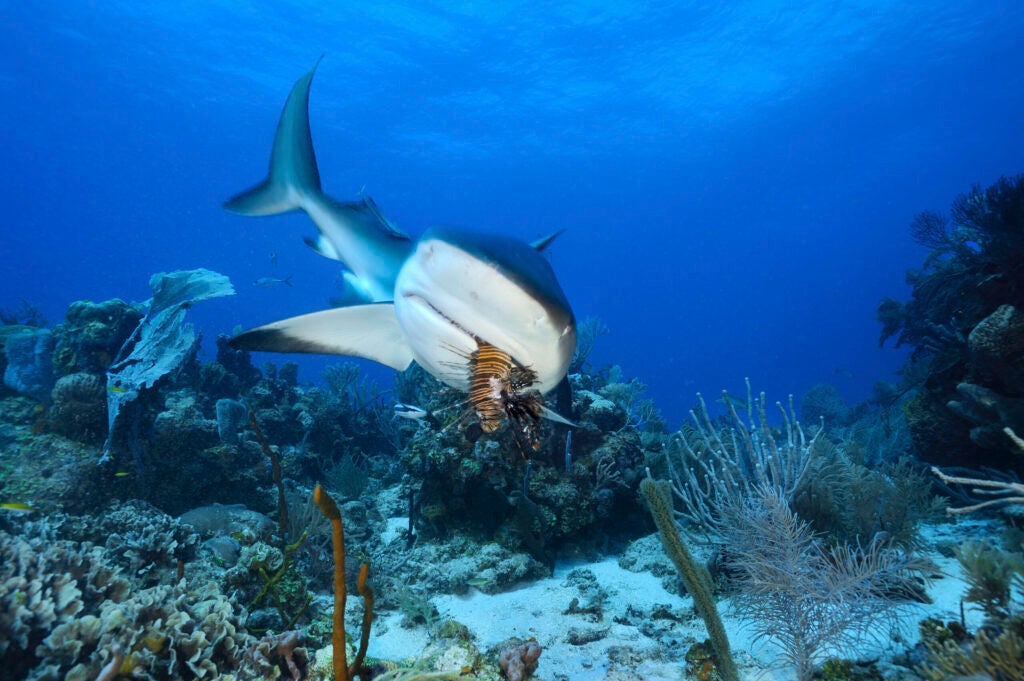 Caribbean reef sharks are developing a taste for the invasive lionfish. 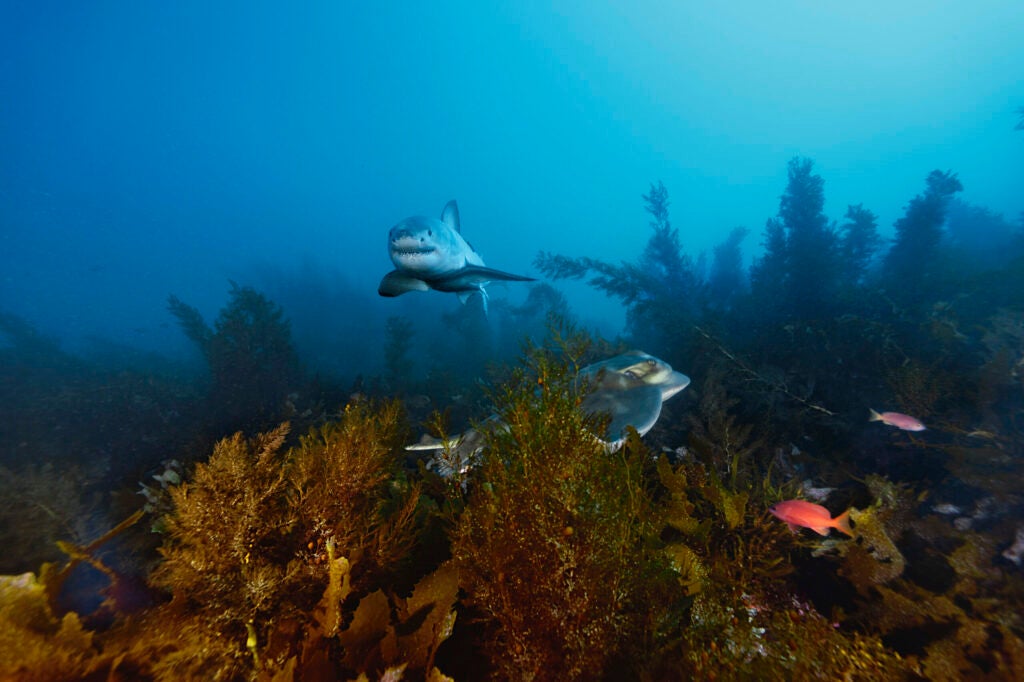 They spend a lot of time out in the open ocean, but great whites live in a diverse array of habitats. For me, seeing them swim through places like this kelp forest in the Neptune Islands offers a brief glimpse at the richness of their lives and experiences. 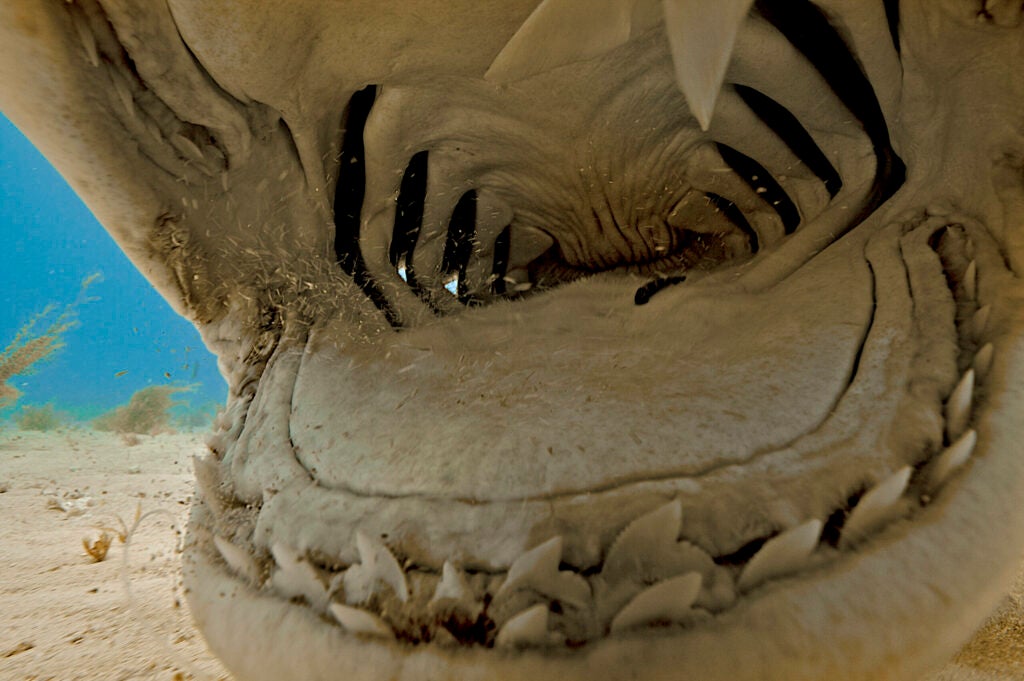 A tiger shark’s mouth is an impressive thing, as I saw firsthand when one started investigating my camera with its mouth. With wide jaws and heavy serrated teeth, these sharks have been known to bite through license plates, paint cans, and other debris—they’re not particularly picky eaters.

Part of why sharks are such efficient predators lies in their finely tuned senses. Like other sharks, tigers have good low-light vision. They also have jelly-filled nerve endings on their snouts, called the ampullae of Lorenzini (the small dots behind the nostrils). These allow them to detect electrical signals and home in on nearby prey. Sharks also have exceptional senses of smell, and specialized teeth round out an already impressive lineup.

Makos have a reputation as aggressive sharks, which is part of what makes people see them as such a prize catch. But these efficient, elegant predators are declining in number. In New Zealand they’re seen as a good eating fish (though more often picked up as bycatch rather than targeted fishing).