The Impossible Burger 2.0 is a plant-based beef replacement that’s meatier than ever

The new formula uses soy instead of wheat protein so it can take on new forms. 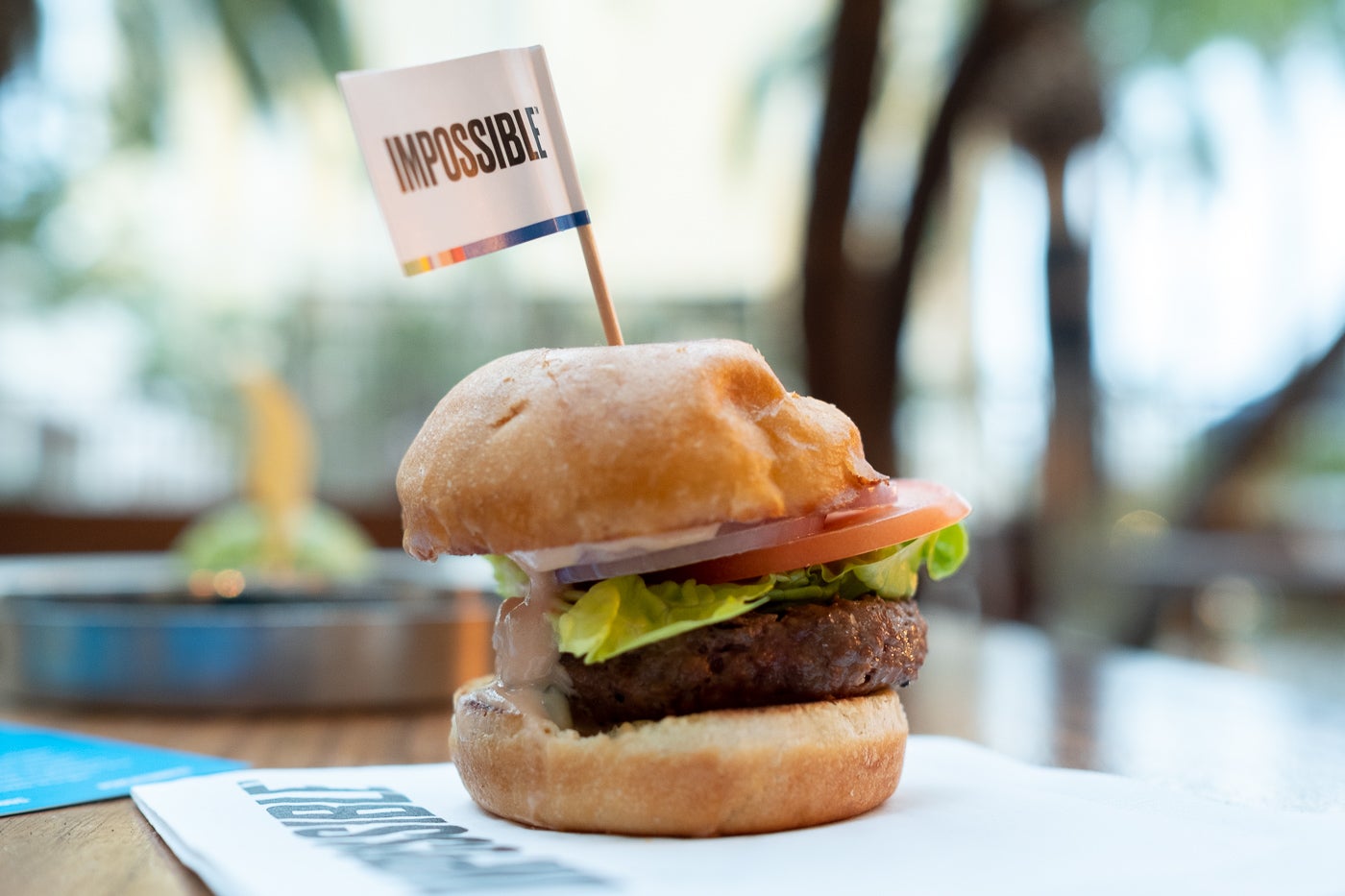 Vegan beef tartare is a difficult concept to visualize. It conjures images of a pile of beans, or perhaps a slab of tofu served with some nicely charred crostini. But last night, during a press event at the Consumer Electronics Show in Las Vegas, Impossible Foods showed off its new plant-based ground beef replacement by offering a selection of foods from traditional sliders to the ambitious tartare. Thanks to a change in formula, the new Impossible Burger 2.0 goes beyond simple patties and aims to take on ground beef with every recipe, from lasagna to tacos. The first tastes are very promising.

Back in 2016, the original Impossible Burger debuted as a veggie burger that could almost pass as beef. Its meaty secret was a molecule called heme, which contains iron and is largely responsible for the flavors we associate with cooked flesh. But, according to Impossible CEO Pat Brown, it requires a protein to bind it. The original Impossible Burger used wheat protein, which worked, but had some drawbacks. First, it meant the Impossible Burger wasn’t gluten-free, but it also put some limitations on the meat’s form factor. The wheat worked for burger patties that stayed in a relatively static shape, but it couldn’t crumble or take on other shapes—like meatballs—without losing its integrity. The solution was a switch to soy.

The resulting Impossible Burger 2.0 product has 14 grams of fat and 240 calories in a single quarter-pound serving (whether it’s a patty, ball, or glob of tartare). Impossible also claims that the Burger 2.0 has the same amount of bioavailable iron and protein as its cow-derived cousin. According to Brown, the levels of amino acids are “at least on-par” with typical ground beef and, in some cases, exceed what real meat can offer.

Yeah, but is it good?

I’ve had the original Impossible Burger on several occasions, and as far as taste and texture go in burger form, 2.0 seems like an upgrade. I still think it works best as a burger with a thin patty so you don’t get a whole mouthful of soy at once, but once you introduce a bun and some toppings (some of which I hilariously spilled on my CES badge), you might not even notice the differences with real beef.

I also got to try an empanada, which was even better than the burger. The “meat” pieces inside the spicy pocket-shaped snack weren’t quite as convincing as the patty—I think it was mostly the lack of grease inherent to ground beef—but it was still delicious.

The tartare was a cool proof of concept, but it’s clearly not the best way to show off a product that takes so well to grilling or cooking on a flat top grill. I went back for a second empanada, but not a second tartare.

Ultimately, it’s an impressive impersonation of real meat and I think it would fool even meat addicts under some circumstances—especially if you threw some bacon on it.

When can you try it?

Even if you’re a die-hard, burger-loving vegan, there’s a chance you haven’t tried the original Impossible Burger. That’s because the company has kept its distribution to a limited number of restaurants spanning the range of upscale joints like Momofuku Nishi in New York City to the local White Castle, where you can cram down a case of Impossible Sliders and feel the same delicious regret as a typical meat-eater.

Brown says this limited, restaurant-only release was mostly a matter of scale, but version 2.0 helps fix that. The company generates the necessary heme through a process of genetic modification and fermentation, which relies on yeast cells like those you’ll find in Belgian beer.

A few restaurants will start serving the new formula this week, but the wide roll out starts on February 8 when it will be available to all U.S. restaurants through food distributors. The company also restated its claim that it plans to have its products in some U.S. supermarkets by later this year.

The company hasn’t said exactly what stores it’s targeting, but context seemed to make it clear that it’s aiming at more high-end chain outlets, where it expects to sell for roughly the same price as the stuff made of ground-up cows. So, think roughly the per-pound price of ground beef at a place like Whole Foods or Fresh Market. And while Impossible can’t quite compete with discount, factory-farmed beef just yet, Brown says that the company hopes to keep making it cheaper as it works on version 3.0 and beyond.