An Icy Blast From The Past

How now, past plow? 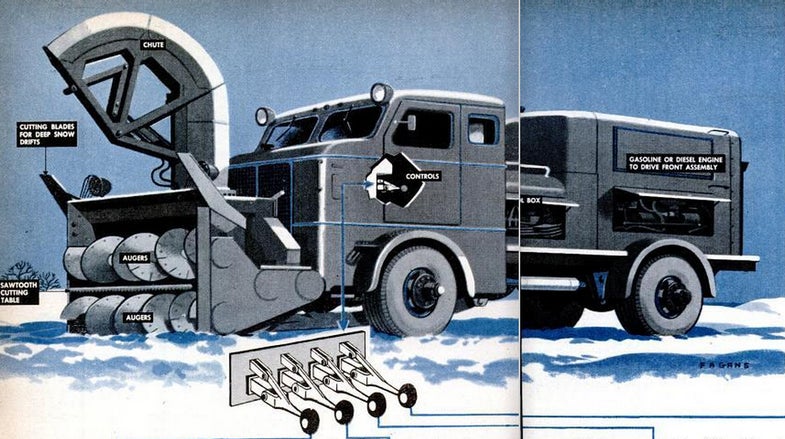 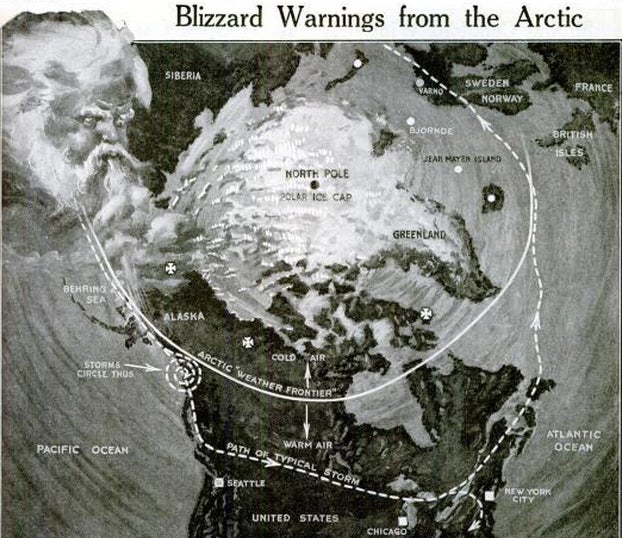 The science of blizzards and how to overcome them have been a part of Popular Science since at least the magazine’s second decade. In an 1883 treatise on cyclones and tornadoes, George Clinton Smith labeled a cyclonic storm in winter a “blizzard,” noting the drop in barometric pressure observed before the storm. By 1906, ‘blizzard’ was used as an example of a word that “passed beyond the very bounds of technicality and [is] verging on that dubious borderland between slang and English.” Somehow, “poorga“, the Russian term for the same phenomenon, of a “blinding snowstorm against which nor man nor beast may stand,” never caught on the way blizzard did.

Identifying blizzards is one thing. Mastering them is another. In the middle of the century, Popular Science looked at vehicles that could best several feet of snow, and the drivers who performed theses feats. The Blower, covered by our magazine in December 1948, was a truck that cut through snow drifts and blasted them off to the side, clearing runways and roads by mechanically forcing snow elsewhere. 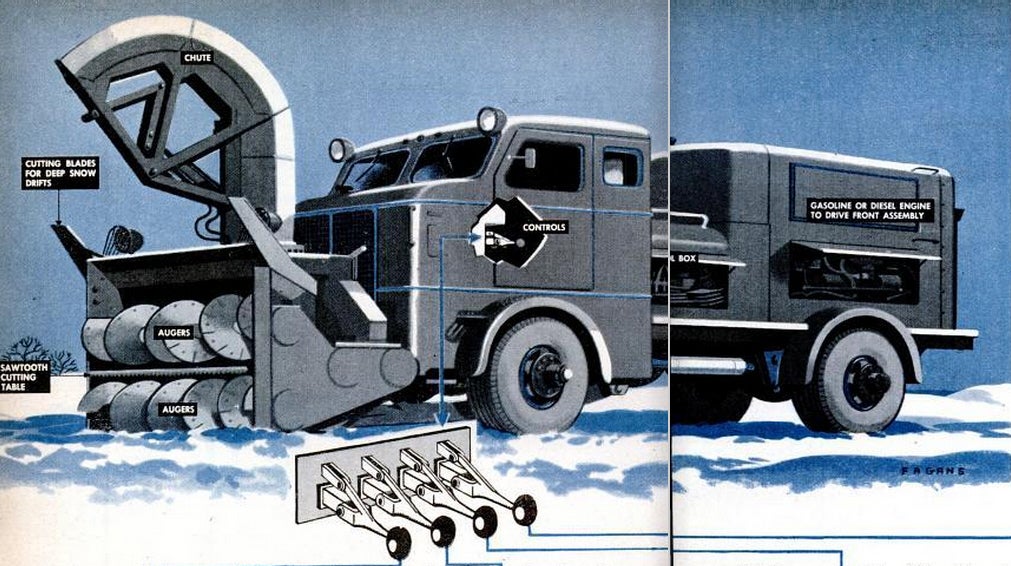 “Winter’s Wildest Highway Battle” may sound like a martial affair, but this 1956 story follows plow crews trying to keep Route 40 in the Sierra Nevada mountains clear from now. Greater and greater snowplow challenges captivated Popular Science readers. In 1962, we went for a ride-along in a Rocky Mountain snowplow working above 9,000 feet. The experience is documented as “The Blizzard Busters of Berthoud“.

Industrial-scale machines are good for keeping roads clear, but the average person is much more concerned about snow in their driveway than mountain passes. Popular Science readers in 1963 wanted these not-yet-invented gadgets: a oil-powered flamethrower built like a lawnmower, an in-car thermostat, and show shovels with heated handles: 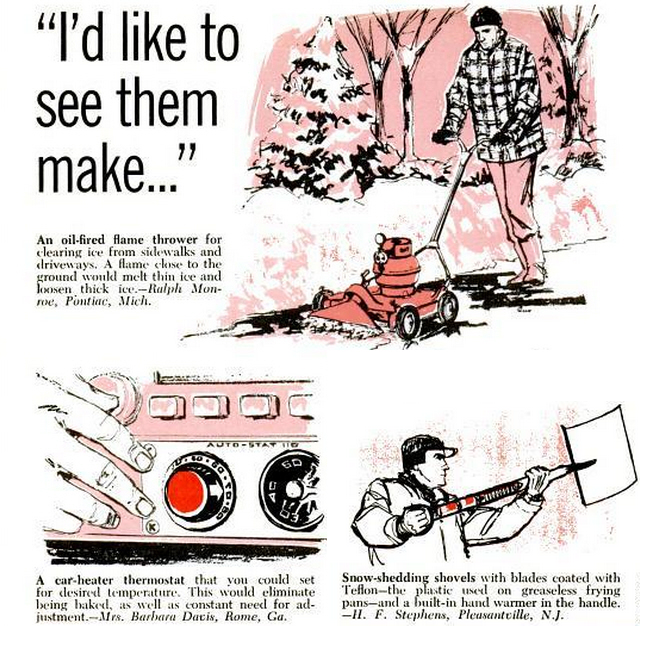