How Alaskan Ice Fields Impact People And The Environment Alaska’s coastal glaciers are among the most rapidly changing on the planet. They’re also, as Alaska Climate Science Center communications lead Kristin Timm says, “more than just ice.” Glacial runoff drives ocean currents and supports the habitats of the salmon that local fishermen rely on. So Timm collaborated with glaciologists and ecologists at the center to design this poster, which illustrates the impact of ice fields on both people and the environment.

“From Icefield To Ocean” won the People’s Choice award for Posters & Graphics at the 2015 Vizzies. See all 10 of the winners here. 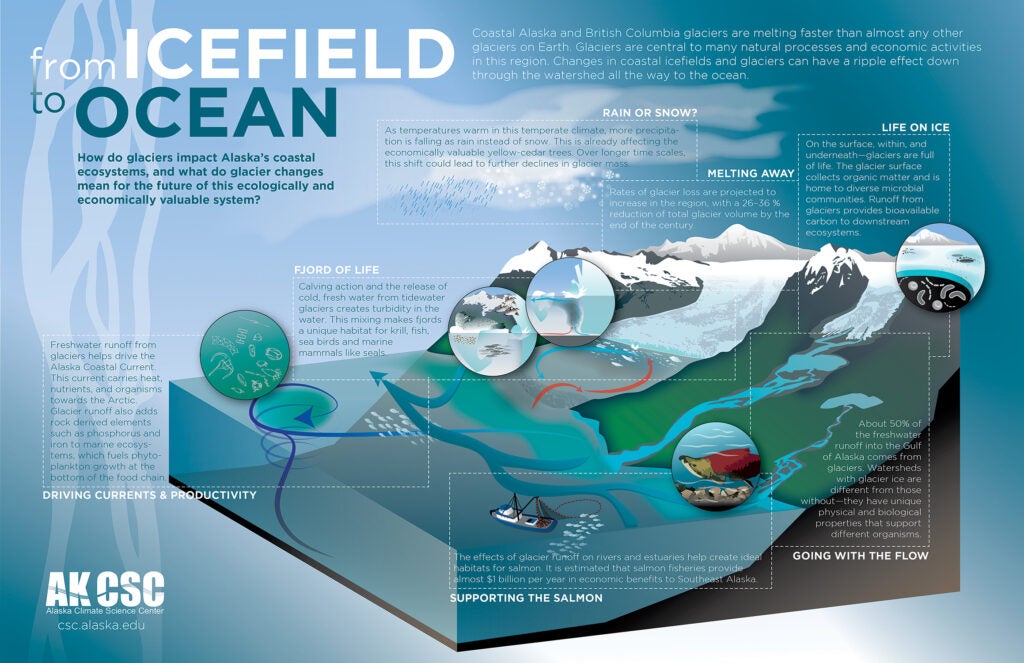