Three cars will demonstrate their new focus on performance 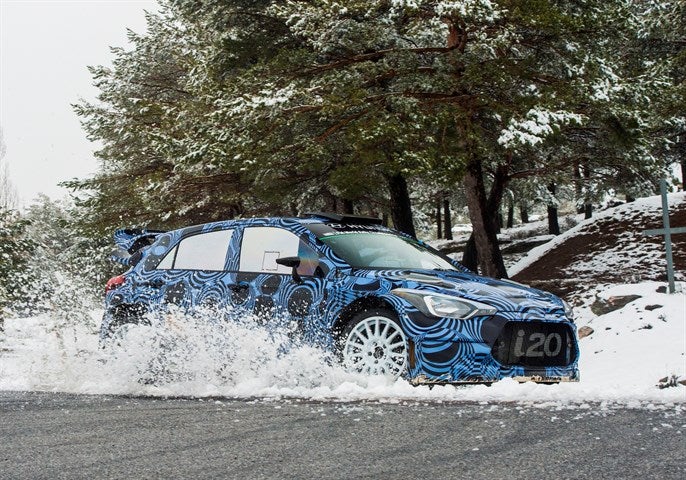 Hyundai is stepping up to the high-performance plate with its new sub-brand known as N. (Why that letter out of 26? Hyundai’s research and development center is based in Namyang, South Korea.) While the likes of Ferrari and the resurrected Borgward grab headlines and eyeballs at the 2015 Frankfurt International Motor Show, the Korean car maker will bring three cars to one of the biggest automotive stages in the world: a prototype race car, a PlayStation car, and a concept car.

A rally-tuned Hyundai i20 has been campaigning in the World Rally Championship this year, and they’re confirming their commitment to rallying with the dedicated i20 WRC prototype that will be onstage in Frankfurt. The car is currently going through the kind of rough testing rally racing requires, with an eye on homologation for the 2016 FIA WRC in Monte Carlo. In addition to improvements in the chassis and suspension over the 2015 rally car, the i20 WRC will have more than 300 hp from its 1.6-liter turbo, compared to the 100 hp the production car puts out.

And finally, the mid-engine Hyundai RM15 concept promises to have 300 hp and “driver-focused technologies” as part of the company’s new emphasis on performance.

The International Motor Show in Frankfurt fires up September 17, 2015, with many debuts — including those from Hyundai — coming a few days before.