Leave wildlife rescue to the people with rabies vaccinations. 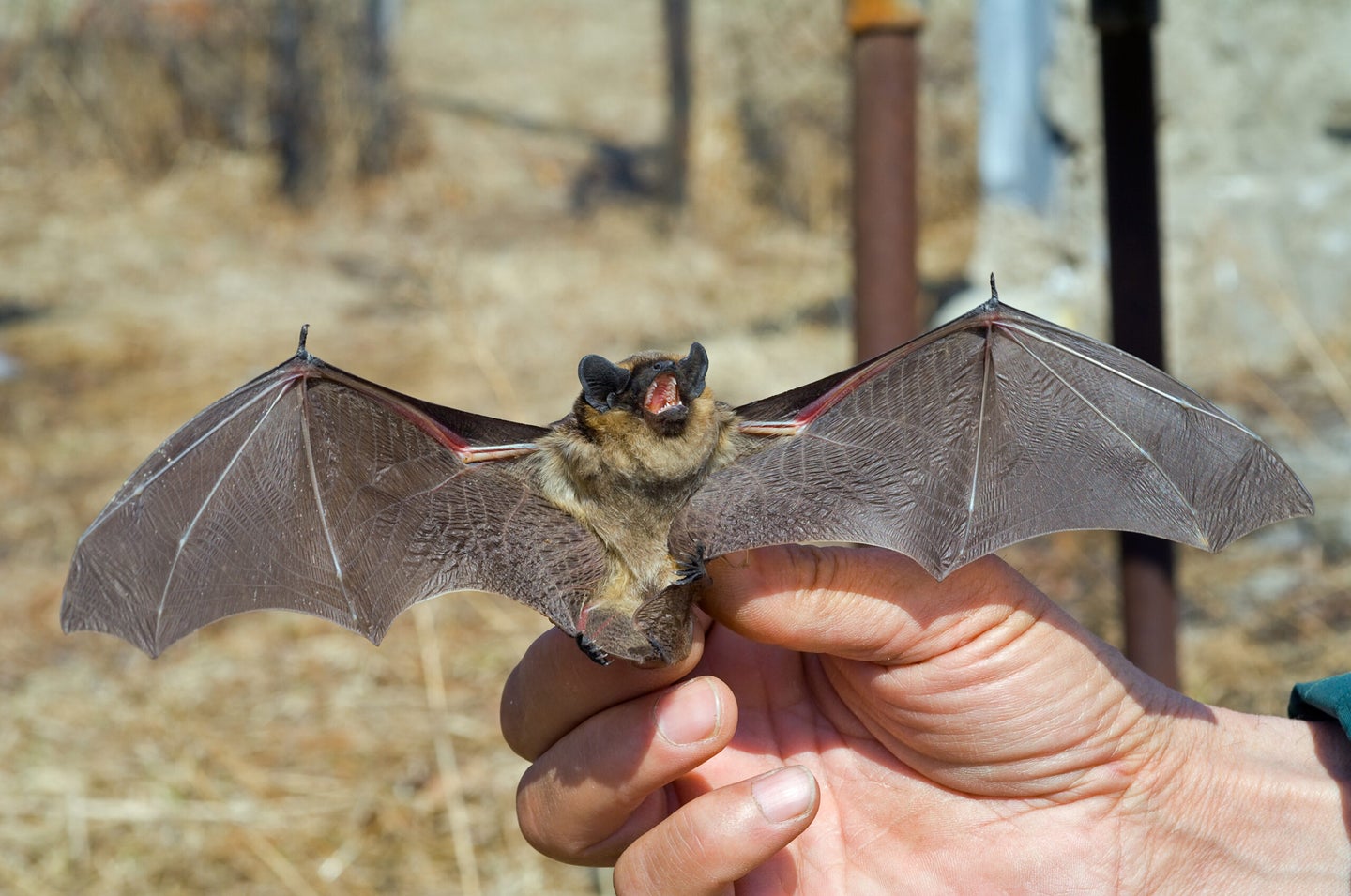 On Tuesday morning, Amanda Lollar and three volunteers gathered up canoes, headlamps, and life jackets. Then they headed out into the floodwaters of Houston—to save bats.

A colony of 250,000 bats live under Waugh Bridge, right over the rising Buffalo Bayou. Some of them have escaped rising waters to perch on surrounding buildings, according to the Houston Chronicle. Others may not have been so lucky. When the winged creatures take off, they drop slightly before they start flying. As storm surges from Hurricane Harvey rise and the bayou gets closer to the bridge, some animals trying to flee are falling into the floodwaters instead.

Others, too cold and wet to fly, simply remain in harm’s way. Several videos have surfaced showing volunteers scooping out bats from under the bridge.

“Some of the bats did manage to get out. Others were found dead,” says Melissa Meierhofer, a wildlife researcher at the Texas A&M Natural Resources Institute. “Some were being saved. They looked pretty wet.”

It might seem like a trivial concern in the wake of so much human suffering. But that attitude could come back to bite us: A dead bat is a bat that can no longer consume huge meals made of Houston’s mosquitoes—mosquitoes that may lead to a proliferation of diseases after the flood. The colony at Waugh Bridge eats an estimated two and a half tons of insects every night. In the comments of a CBS video featuring a woman rescuing bats from the bridge with a net, several people expressed interest in helping the unlucky mammals.

On Monday, Texas Parks and Wildlife mammalogist Jonah Evans was at a loss for what people could do if they saw bats floating by and wanted to assist them. Civilians who deal directly with the bedraggled creatures are at risk for rabies—and once they get the animals out of the water, what can they do with them? All available personnel are helping with the human rescue efforts.

But now onlookers concerned with wildlife wellbeing have an option. Lollar recommends they scoop the floating bats into a bucket or box with a long stick. Then they can call the Bat World Sanctuary, which is now on the scene, or contact them through Facebook. In addition to transport carriers, the team has syringes full of bat electrolytes and emergency food. All the volunteers have rabies vaccinations and are used to dealing with these animals.

The Mexican free-tailed bat is one of the most plentiful mammals on this continent, so the species as a whole will probably be fine. Bats in South Texas have not yet suffered significantly from white-nose syndrome, like their brethren in the eastern U.S. “There might be some population decline as a result of this, but they will likely bounce back pretty quickly,” says Evans.

And even though the population would probably recover eventually, the volunteer’s efforts will make a difference for individual bats. “Dogs, cats, birds. Everything needs to be rescued,” says Lollar.