Humans Spread Over South America Like An Invasive Species 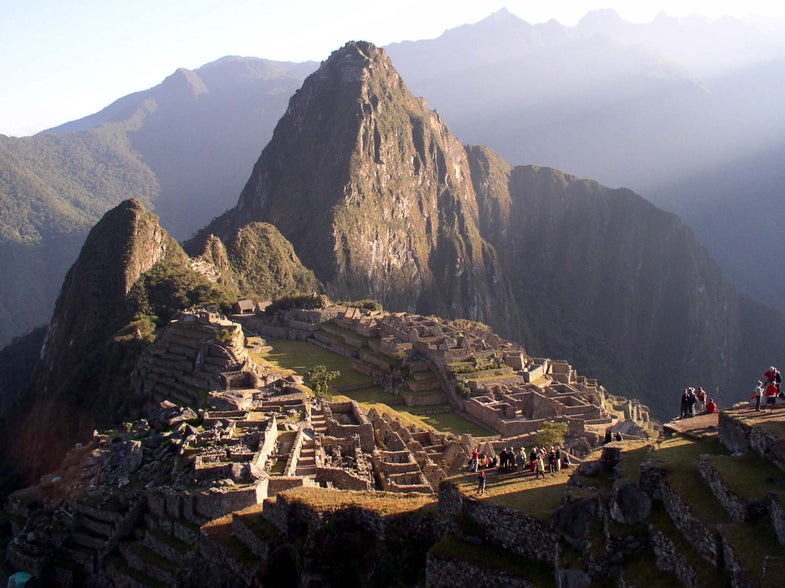 A species finds a way to a new continent, traveling thousands of miles from the location where it evolved. Once there, it sets up shop, taking advantage of all the resources the new place has to offer. In the absence of natural predators, they keep spreading and spreading, choking out other species as they grow. Sound familiar? Sure, it’s every invasive species ever. But this invasive species isn’t lionfish or kudzu, or carp. It’s us.

In a paper published in Nature, researchers looked into the population growth of humans after we made it to South America around 14,000 years ago. They found that at the beginning we really weren’t much different from an invasive species. In the paper the authors write: “Before the mid-Holocene, human colonization of South America resembled the population size dynamics of a typical invasive species, with rapid initial expansion and resource-limited growth over time.”

In other words, humans found a new habitat that was good for them, and in the absence of competition, spread rapidly, until food or other necessities became scarce. Then the population crashed, and rebuilt as humans adapted. In the case of South America, one of the big population crashes coincided with the extinction of large mammals, thanks in part to overhunting. Finite resources (along with disease and other disasters) are nature’s way of balancing the population scales that don’t involve carnivorous planets.

But after the initial expansion-and-crash cycle, something surprising happened. The populations steadied out, and started to grow again.

What changed? In looking at the archeological evidence, the researchers think that the creation of stable, sedentary societies in South America around 5,500 years ago allowed people to overcome their environment, becoming more resilient, and able to trade with other population groups for resources like food or tools. Unlike with other invasive species, technology gave us a major advantage.

“Technological advances, whether they are made of stone or computers, have been critical in helping to shape the world around us,” co-lead author of the study Alexis Mychajliw said. “That said, it’s unclear if we can invent a way out of planetary carrying capacities.”

Currently, the world’s human population is at over 7.3 billion, and growing. This paper is a good reminder that even as we grow more technologically advanced, we are still bound to resources like food, water, and shelter from environmental extremes for survival.