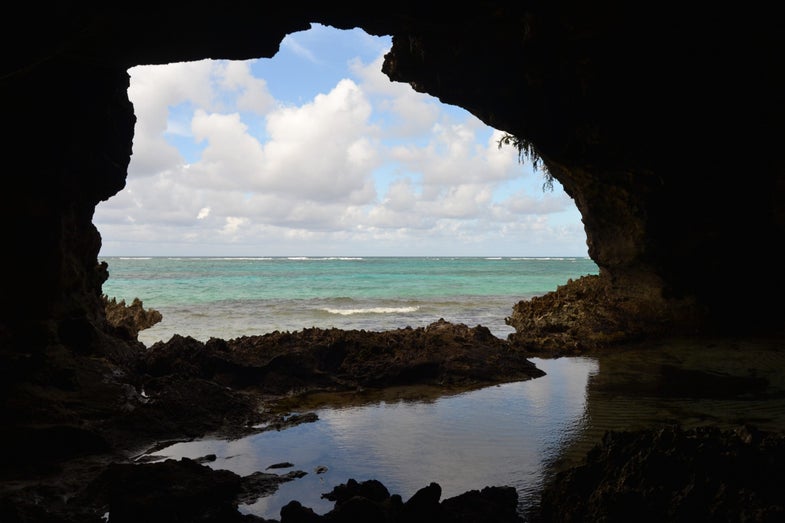 In a study published in The Proceedings of the National Academy of Sciences researchers looked at the fossilized remains of 95 species found in a flooded cave in the Bahamas. Of that motley assortment of fish, reptiles, birds and mammals, 39 species are now extinct. How did they get that way?

The scientists found that 17 of those (all birds) died out between 15,000 and 9,000 years ago, just at the end of the last ice age. A lot was changing during that time period. Habitat was shifting, temperatures were rising and getting more humid, and sea level rise shrunk Great Abaco Island from 6,564 square miles (somewhere between the size of New Jersey and Connecticut) to just 463 square miles (the size of a county in Nebraska). But what about the other 22 species, the majority of those found in the cave?

Turns out, that’s on us. Those species held on for several thousand years, surviving on a small island with limited resources. But when humans showed up around 1,000 years ago, for some reason, the animals couldn’t cope with the change.

“The species that existed on Abaco up until people arrived were survivors. They withstood a variety of environmental changes, but some could not adapt quickly or drastically enough to what happened when people showed up,” lead author Dave Steadman said in a statement.“So, there must be different mechanisms driving these two types of extinctions. What is it about people that so many island species could not adapt to? That’s what we want to find out.”

Hunting and human-caused wildfires definitely played a role, but Steadman and colleagues hope to get even more specifics in the coming months. They plan to return to the Bahamas in December, and investigate other caves, looking to expand their knowledge of how some species could survive climate change, and others could survive the invasive species of humanity.