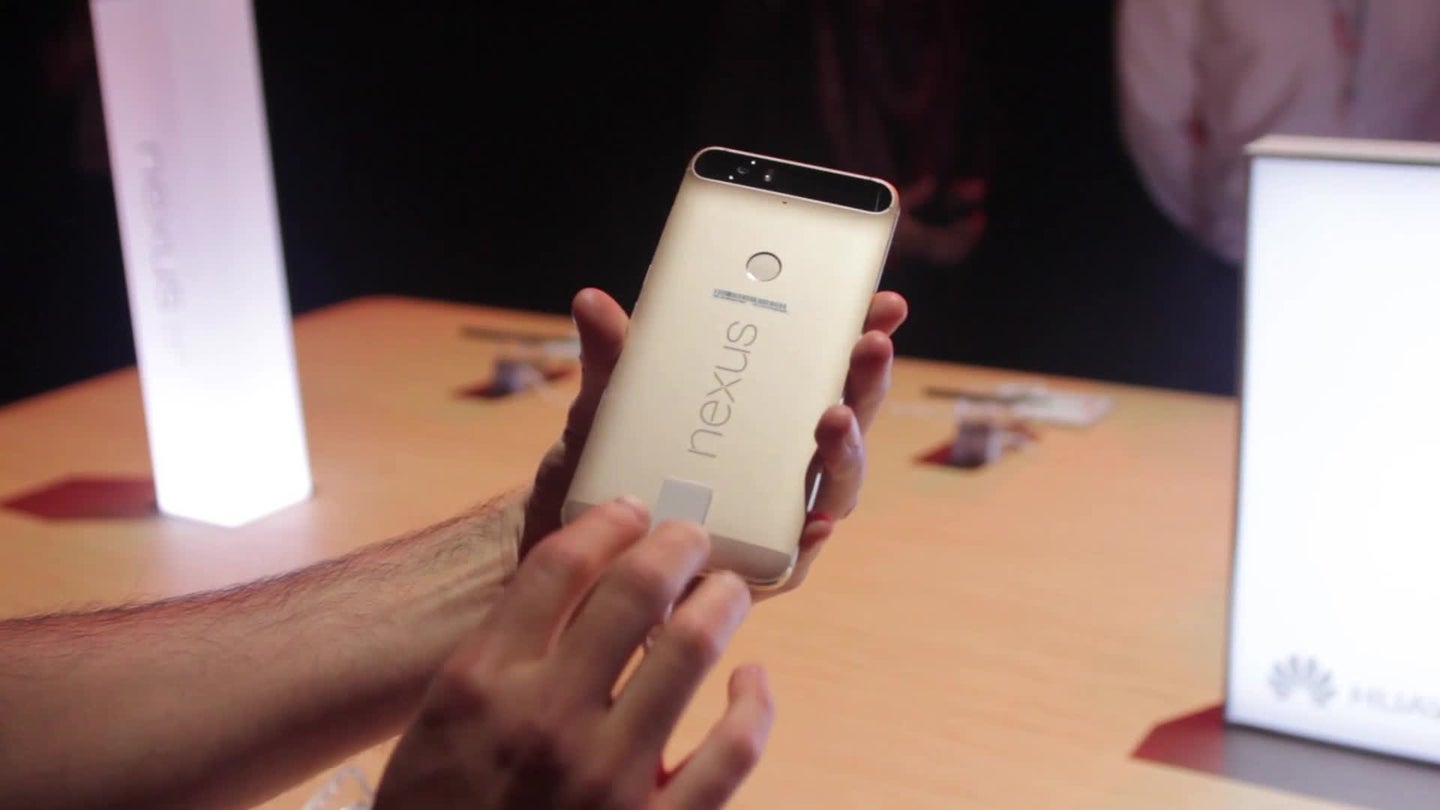 Huawei’s Nexus 6P smartphone came out last fall to rave reviews (our own tech editor Michael F. Nuñez rocks it as his personal carry), but now there’s even more reason to give it a look. That’s because Huawei introduced a Nexus 6P in Matte Gold at CES 2016 last week, to compliment the Aluminum (silver), Graphite (black-ish) and Frost (white-ish) models unveiled when the phone first debuted alongside the Nexus 5X (which is made by rival company LG).

Although merely a cosmetic change to a phone that was already stocked with excellent computing hardware and pleasing physical design (with a 1440p screen measuring 5.7 inches diagonally, 1.9 GHz Snapdragon processor and 3GB of RAM, and a fingerprint sensor distinctively placed on the center back), the Matte Gold color makes Huawei’s 6P more directly comparable to Apple’s iPhone 6 and 6S (both available in gold), and could perhaps appeal more to a global audience. Gold is an especially popular color in Asia and Huawei, headquartered in Shenzhen, China, is smart to offer a 6P that satisfies those consumers with the Midas touch.

Watch our video demo with the device at CES 2016 in Las Vegas. The Huawei 6P Matte Gold is already available right now in the U.S. through the Google Play store at the same starting price as the other colors: $499 for a 32 GB model.