It seems like an Apple knockoff, but it's one of the best Windows laptops around. 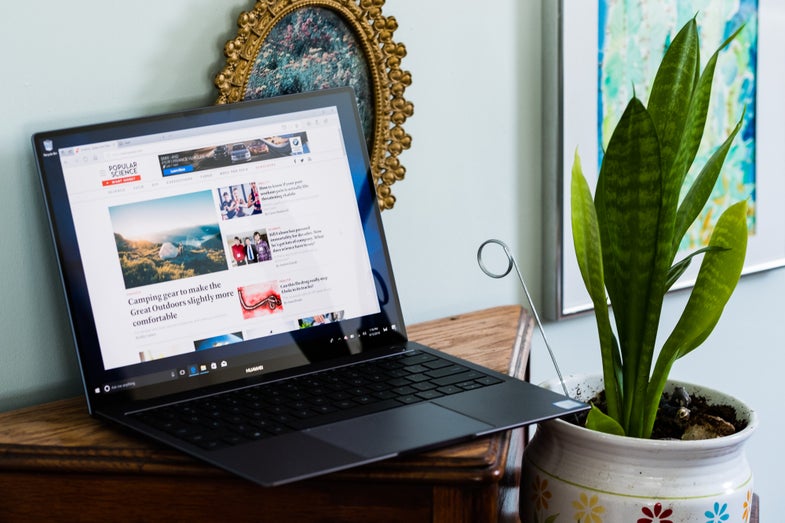 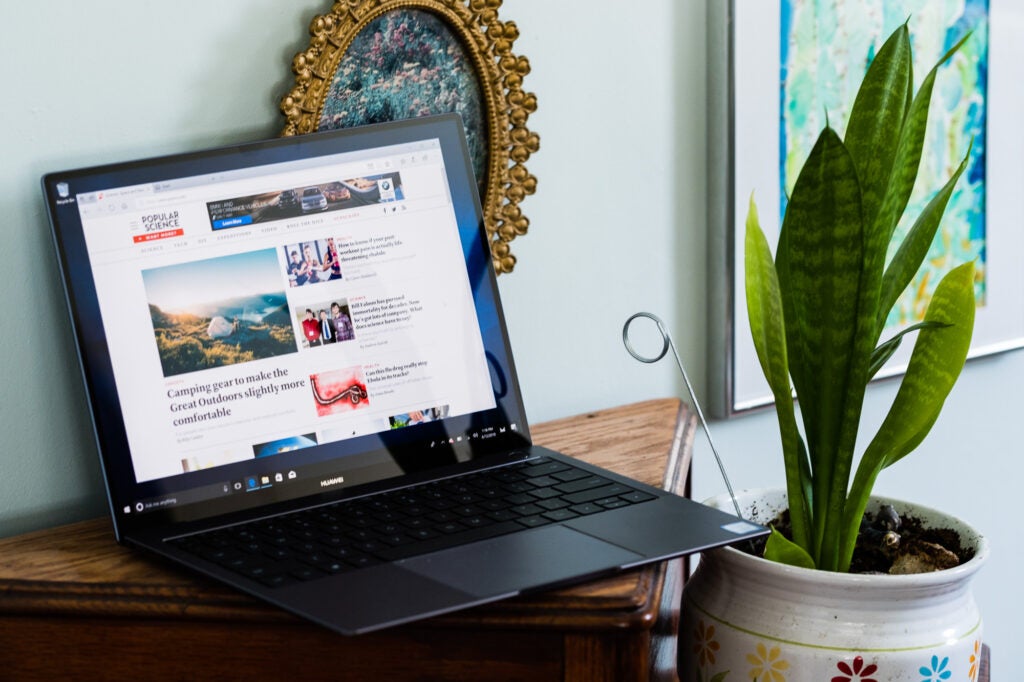 A fantastic screen and excellent performance make this one stand out.

Any review of the Huawei Matebook X Pro has to start off with a comparison to Apple’s MacBook Pro. The two machines share features every step of the way, from the sparse packaging to the computer’s aluminum body and short-travel keyboard. You could almost call the Matebook X a knockoff—if it wasn’t so excellent.

Huawei’s flagship laptop is designed to compete with other ultra-thin computers on the market. It’s just over a half-inch thick when closed, which makes it about the same size as other slim machines like the HP Spectre 13 and the Dell XPS 13.

Huawei packed the Matebook’s aluminum chassis with high-end guts, like a 1.8 GHz Core i7 processor and 16 GB RAM, as well as an Nvidia GeForce MX150 card to handle graphics processing. It’s fast, but it’s not meant to compete with super-powerful gaming laptops like the Razer Blade. The Matebook is meant to handle everyday tasks, as well as more power hungry jobs like photo editing, and even light video work.

The 13-inch touchscreen screen is one of this machine’s biggest draws. It follows the trend of trying to completely kill bezels, filling more than 90-percent of the display area with actual screen image. It also uses an unusual—at least in 2018—aspect ratio of 3:2 instead of the wider 16:9 displays to which many laptop users have grown accustomed. I actually prefer the slightly taller screen because it matches the aspect ratio of the 3:2 photos that come out of my DSLR cameras. It also makes editing documents and articles in a content management system simpler because you get more vertical screen space.

The screen itself is rather glossy, which means you’ll fight some reflections in some locations, but none more than the usual. Its 3,000 x 2,000 pixel resolution is just shy of 4K, but by an insignificant amount, and it produces surprisingly accurate colors right out of the box.

From a design standpoint, the Matebook X Pro is also impressive. It weighs just under 3 pounds, which makes is slightly heavier than some of the other ultra-slim laptops, which typically check in around 2.5 pounds. It is, however, a few fractions of an ounce lighter than a comparable MacBook Pro.

The keyboard feels very much like typing on a current model MacBook Pro, and it depends on your outlook about whether that’s a positive or a negative. The keys have a short travel distance and produce a pronounced “clack” sound when you push one. The Huawei keys seem a little quieter than the MacBook Pro’s, though. I personally enjoy the sensation of typing on this machine.

The trackpad is similarly solid. It’s not quite up to Apple’s glass touchpad, but it’s the best of any Windows machine I have ever used (which isn’t saying much, but it’s still worth noting). I found it accurate and easy to use when clicking or scrolling.

The circular power button below the screen on the right acts as a fingerprint reader which worked perfectly every time I tried it when logging in. It is good placement, but the lack of a traditionally placed webcam (more on that in a moment) takes logging in with the facial recognition component of Window’s Hello feature impractical.

There are plenty of hard numbers out there if you want to see exactly how fast this machine handles arbitrary tasks, but I always default to my typical torture test of a long photo editing session in Adobe Lightroom, a program that’s notorious for soaking up lots of resources and running sluggishly, even on super-fast machines.

While the Matebook X Pro didn’t handle rending full-size raw photo files quite as quickly as the current 15-inch MacBook Pro, the difference was remarkably small. We’re talking fractions of a second. It handled opening 100-megabyte raw files in Photoshop without choking, and chewed through some light HD video editing as a speed that’s very respectable for a machine of this size.

The battery life promises 11-hours of runtime, and while I didn’t time it with a stopwatch, I did get a full workday of typing, editing, light photo editing, and general internet foolishness in without the need for a charge. 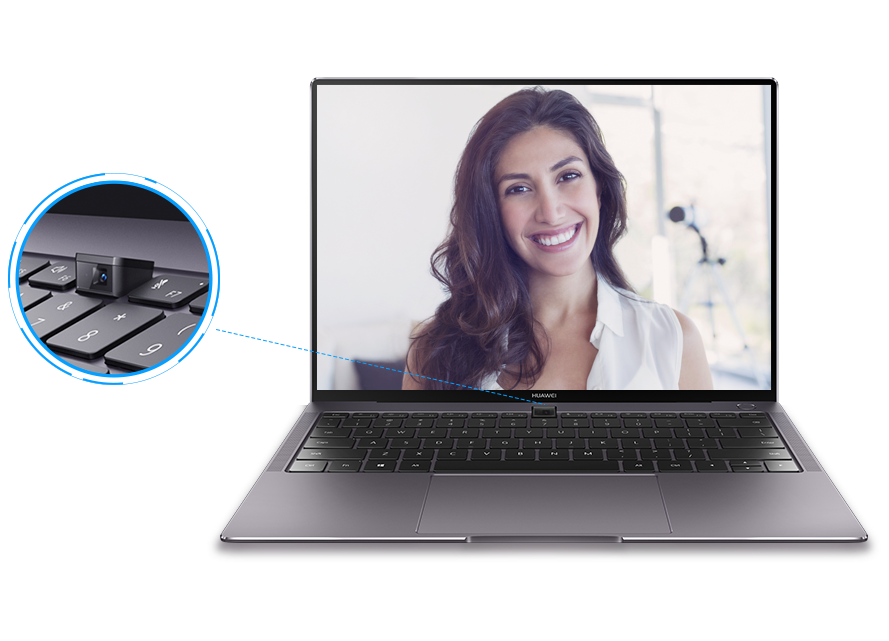 This was not my experience with the webcam placement.

The right side of the computer has a single USB 3.0 port, while there is a pair of USB-C inputs on the other side, one of which I typically used to charge the battery. It’s a typical collection of ports, but in 2018, it’s worth celebrating when ultra-slim laptop makers don’t take away as many inputs as possible and send us into dongle hell.

By almost all accounts, the design on the Matebook X Pro is excellent—with the exception of its webcam. To save space on the display and avoid the need for making a notch in the screen, Huawei put this laptop’s webcam inside of a spring-loaded key in the keyboard. Pressing it is actually rather novel and feels surprisingly sturdy. The problem, however is that the webcam then sees you from a very unflattering upward angle that makes you look like something out of a horror movie.

Ultimately, the hidden webcam is like a cat in a top hat—cute, but ultimately pretty useless.

At $1,500 (as reviewed here, starting price is $1,100), this laptop sits in a fat part of the ultra-slim laptop market that’s chock full of competition. After a week of steady usage, however, it’s hard to find a reason not to recommend it. The battery life is long, the screen is beautiful, and the performance was even better than I expected.