How Two Astronomers On Twitter Discovered The Center Of Our Galaxy

A map and a tweet-meet brought new findings to light 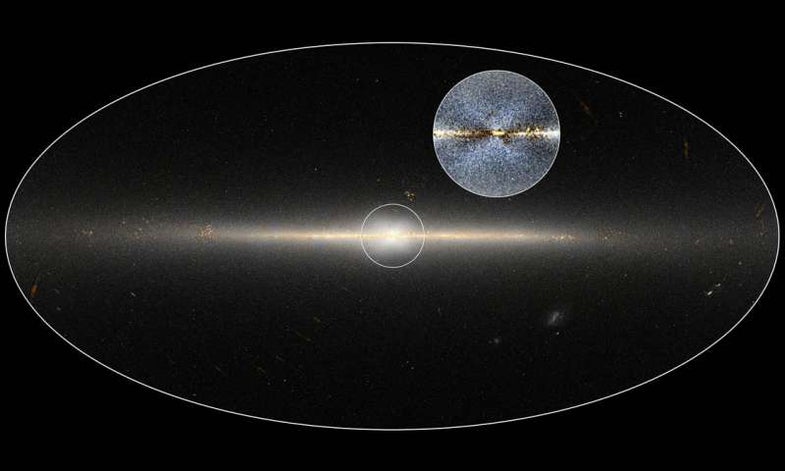 By analyzing data from the Wide-field Infrared Survey Explorer (WISE), researchers Dustin Lang and Melissa Ness found an “enormous X-shaped structure made of stars” that could denote the center of the Milky Way Galaxy.

Previous findings have suggested that the X-marker exists, but it has never been observed directly until now. Lang tweeted a link to his interactive galaxy map, and Ness spotted the X. They met at a science conference shortly after, and published their findings in Astronomical Journal this month. As Lang told Phys.org, “That’s the power of large surveys and open science!”