The September 1 eclipse is the second this year 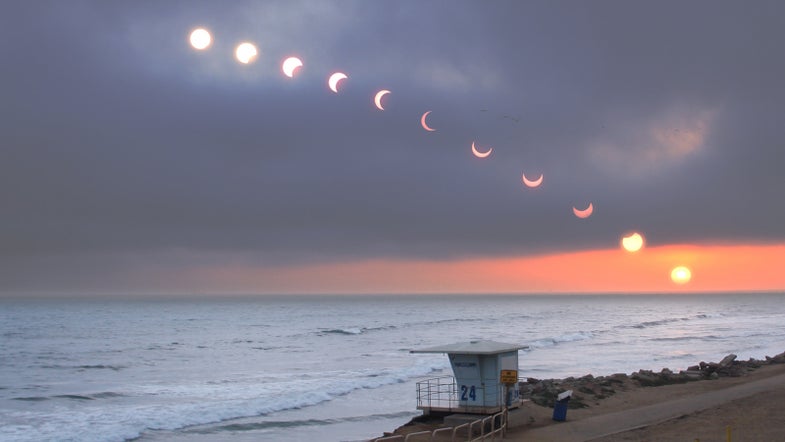 Turn around, bright eyes! There’s an eclipse of the sun early tomorrow morning over southern Africa, but you can view it from anywhere on Slooh’s live webcast.

But it’s not a “total” eclipse; rather, it’s an annular eclipse, or “ring of fire,” as the moon leaves a ring around the sun instead of a full blackout effect. It’ll be seen in most of Africa, the Arabian Peninsula and part of Indonesia and Western Australia. This follows a total eclipse in March over Indonesia and the Pacific Ocean.

The moon starts to creep across the sun at 2:45 a.m. ET, with the full eclipse at 5 a.m. and partial views until 8. Consider honoring the ancient tradition of eclipses as omens for the apocalypse by screaming or firing flaming arrows at your computer monitor for five hours, until the sun is free of the moon’s shadow.

“We’re in for one heck of a ride as we follow the moon’s shadow as it races across the surface of the Earth at over 2,000 mph,” Slooh astronomer Paul Cox said in a statement. Heck yeah, astronomy.