Here’s how you can actually help stop climate change

It takes more than turning off the lights, but it’s all doable. 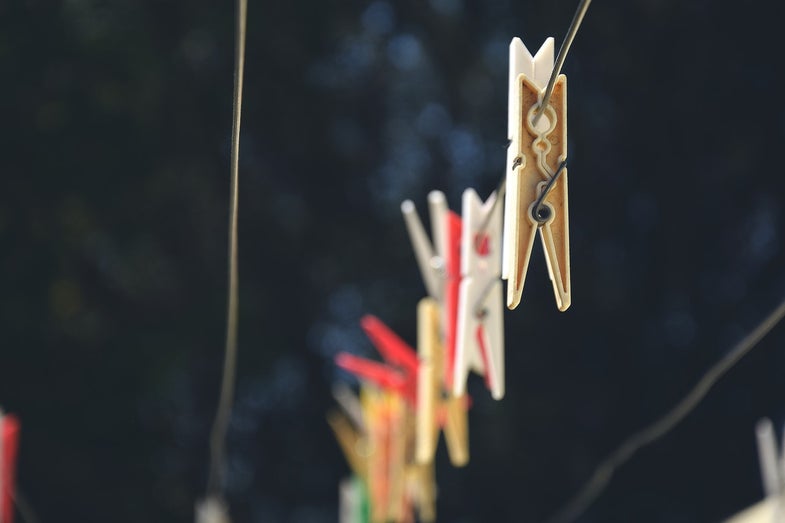 Soaring temperatures, melting ice caps, diseases on the rise. With such high stakes, it’s not surprising that climate change tends to trigger a sense of fear. In fact, one recent, widely-shared story about climate change in New York Magazine opens with the words, “It is, I promise, worse than you think.”

“The article paints a bleak picture,” says Seth Wynes, a researcher in the Geography Department at the University of British Columbia. “I think it’s important to realize that we have a lot of choice in the planet that we want to have future generations inheriting. Even if we’ve missed the ideal scenario, which is no climate warming—because we’re already locked into some climate warming—we have a much better future in store for us if we act quickly and make significant changes.”

Some researchers suggest that we have just a few years to start fighting global warming in earnest if we want to avoid the worst effects. Of course, this raises the question of what it means to act quickly against climate change—especially on a personal level. At the end of the day, it all comes down to reducing greenhouse gas emissions.

We emit greenhouse gases like carbon dioxide when we burn fossil fuels like coal—or when the cattle that get turned into burgers fart. When those emissions enter the atmosphere, they trap the sun’s heat, warming the planet. It’s basic physics. The increased heat can become catastrophic by melting the polar ice caps, raising sea levels, and creating weather patterns that are less predictable, more volatile, and more dangerous. Because we’ve been warming the planet this way since the early days of the industrial revolution, we can’t completely avoid the effects of climate change. But by lowering our emissions now, we can avoid the worst effects.

According to Wynes, co-author (along with Kimberly Nicholas of Sweden’s Lund University) of a study in the journal Environmental Research Letters, the four actions that create the most bang for your emissions-reducing buck are ones most of us avoid: having fewer children; living without a car; avoiding transatlantic flights; and eating a plant-based (mostly vegetarian) diet.

Wynes and Nicholas came to this conclusion by poring over existing literature that included life cycle analyses, or calculations of how many emissions a given action releases over the course of its life. In the case of products, the life cycle typically covers emissions that stem from an object’s creation, use, and disposal. If you eat a hamburger, for example, you add the emissions associated with raising cattle and growing other ingredients, the emissions that result from the production, transportation, and storage of patties, buns and such, and the emissions created by rotting food and packaging waste to your personal carbon footprint. It adds up fast.

They also looked at interventions commonly recommended in government reports and Canadian textbooks. Wynes was a high school science teacher before he decided to pursue his PhD, and knows firsthand that many students are eager to find out what they can do about climate change. “Students are interested in knowing what they can do about solving this issue,” he says, “and at the time I didn’t have a lot of answers.”

“If you’re reading in a textbook that it’s possible to solve this issue through really small actions, like switching from plastic to canvas bags, you might get the idea that climate change is not that big of a deal when it’s actually a very large issue facing humanity,” says Wynes.

Wynes found that swapping out your lightbulbs would reduce CO2 emissions by less than .2 tons per year. Living car free, however? That reduces your CO2 emissions by more than 3 tons. Having one less child reduces climate change impacts by 120 tons of CO2 emissions per year, in part because it’s not only a reduction of the emissions associated with the child, but also means avoiding emissions that their child would have created.

The conclusions aren’t uniform, however.

For example, you might assume that if you can’t go car-free, driving an electric car is the next best thing. After all, vehicles that run on fossil fuel emit carbon every time you drive them. But if you live somewhere where the electricity itself comes from a climatically dirty power source—like coal—it might actually be better for you to drive a hybrid.

Wynes and Nichols caution of the risks of substitution and rebound effects, where by reducing carbon emissions in one area we can end up increasing emissions in another. For example, you might super-insulate your home to decrease your house’s emissions and your energy bills. But if you use the money you saved to go on a vacation that requires a transatlantic plane trip, you haven’t done the planet any good.

At the same time, they recognize that not all emission interventions are going to be possible for everyone. If you’ve already had several children, Wynes isn’t advocating filicide (really, please don’t.)

“We talk about structural barriers that get in the way of being able to adopt some of these changes,” says Wynes. “For some people, those lifestyle changes aren’t going to be possible without relocating, and so there are other options that could be chosen.”

You might lower your large brood’s collective meat consumption, set up a school carpool, and advocate for bike lanes and mass transit in your town, for example.

Wynes is by no means arguing that we should return to the days of incandescent light bulbs, or switch back to disposable bags, or start throwing clothes in the dryer all willy-nilly. Curbing those wasteful actions does help—but we need to make sure we’re mixing those small interventions in with a few big ones.

“Trying to think about that scale and just making the largest steps that you can would be the best way to do it,” says Wynes.

“There’s a saying about being a penny wise, pound foolish,” he adds. “And in this case it’s kilogram wise and ton foolish.”