It takes six months to lose all your holiday weight. Here’s how to avoid gaining it instead.

All dieting is yo-yo dieting. 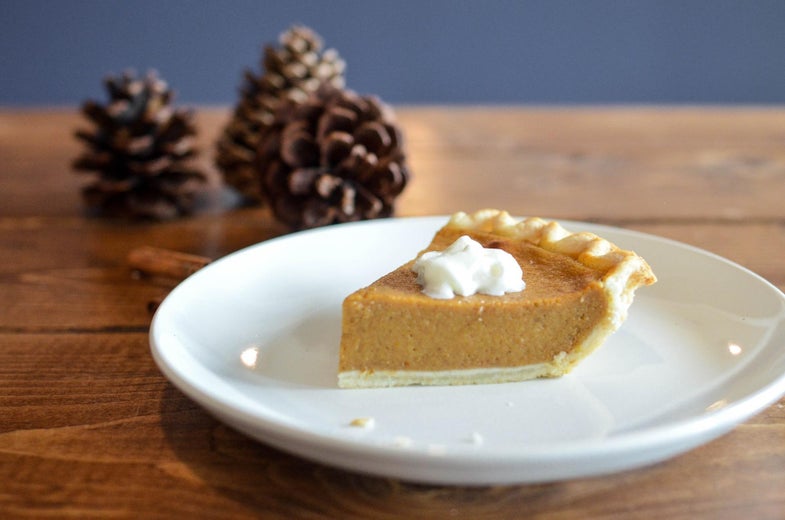 Look, we all eventually succumb to the tantalizing aroma of warm stuffing; so savory and soft with just a hint of crunch. And even if stuffing’s not your thing, some other holiday treat will inevitably meet your lips. The season is filled with food, and our bellies are always a little rounder for it.

While we’re gaining weight, it feels like it will be easy to lose it. Future you will be able to handle it, surely. Except here’s the truth: future you won’t lose that weight for at least six months (and don’t call me Shirley). You likely won’t get back to your lowest weight until fall of the following year, at which point you’ll proceed to gain it all back again.

And listen, this is not a pitch against eating. The decadent embrace of turkey and gravy, especially around the family dinner table, is possibly the greatest joy we have on this Earth. But this is a pitch for mindful eating and intelligent exercise—because that’s how you’ll break the annual cycle.

The circle of life (on a diet)

For most people, the weight gain starts now, in mid-November. This is common sense, but it’s also backed up by data. A 2016 New England Journal of Medicine study tracked 1,781 Americans using their internet-connected scales, following them for a full year to see how much they gained and lost. A typical person’s ramp-up begins now, according to the study’s findings, with a small spike as the calories from Thanksgiving hit our bodies. On average, we’re up by about 0.1 percent. We tend to stay at about that same weight for the beginning of December, and then it all skyrockets in the last few weeks of the year. As you might expect, we peak at New Year’s.

From there, it’s pretty much one slow downhill slog for the next five-ish months. The average person can lose about half the weight they gained in the first month or so, but the path back to baseline will last you until about May. You won’t consistently get under baseline until June, and you’ll finally bottom out at your lowest weight at the end of October. And repeat.

It’s not quite yo-yo dieting, but in a sense almost all diets are yo-yo-esque. They just don’t work. Five years after starting one, about 40 percent of people have gained back more than they ever lost. Study after study has shown that your body essentially has a set-point for your weight and hard as you might try to shift yourself lower, your physiology will work against you. And the even worse news is that your set-point goes up much more easily than it comes down (if it can come down at all).

The good news? You can stop dieting! Yay! Almost everything about it is terrible for you. You stop associating your own bodily cues with eating and become more susceptible to marketing that pushes you to eat more. You add stress to your life, which—surprise, surprise—makes you likely to gain weight, not lose it. And depriving yourself of enjoyable food just kickstarts a vicious binging cycle that soon becomes impossible to escape.

Choose to eat mindfully instead

This basically consists of paying attention to when you’re hungry and full, taking in as many of your calories from unprocessed foods as possible, generally avoiding sugar, and trying to get carbs in their complex rather than simple forms. Whole-grain bread may have carbs, but their complex structure doesn’t produce the same insulin spike that simple starches in potatoes do. Mindful eating still means you get to have candy and cookies and cakes on occasion—you just eat them in moderation. You’re likely to break strict rules. General guidelines, on the other hand, are very sustainable.

Take Thanksgiving dinner, for example: At the average American home, a lot of the foods weighing down the table are arguably quite bad for you. Turkey is pretty good—it’s high in lean protein—and frankly, the fats in gravy aren’t as bad for you as the low-fat diet craze would have you think. But potatoes are, unfortunately, boiled and mashed little insulin bombs. The good news is that on your new “diet,” you can still have some. Relish the starchy goodness—just relish it in a reasonable quantity. The same goes for pie, and that sweet-potato casserole that’s just an excuse to eat mini marshmallows.

Heck, you can even eat leftovers for days. Compensating for your autumnal treats with extra-healthy snacks will help you keep the pounds off. If you normally might have pancakes for breakfast, try opting for steel cut oatmeal or eggs to make room for your turkey and stuffing sandwich later in the day.

And when you do splurge with a piece of pumpkin pie, try to consciously cut a slightly smaller portion than you think you’re craving. The big spike in insulin that follows a dose of simple carbs like sugar triggers your body to start storing fat. Your brain thinks that you’ve found a great source of calories, and it wants to help you survive leaner times by packing on the pounds. But there are no leaner times when there’s a fast food chain around the corner.

Unfortunately, the only way you have of conveying that reality to your body is to minimize those insulin peaks. But on the bright side, one’s eyes are generally bigger than one’s stomach. If you eat slowly, you’ll probably be just as satisfied with a demure slice as you thought you’d be with a hefty wedge of pie. You might even come away with less of a belly ache. And hey—if you really want more, you can always have more!

The best exercise is the one you do regularly

You can help stave off the pounds by getting plenty of physical activity. Then again, the holidays aren’t exactly the time of year you’re most likely to pick up a new intense exercise habit. So start small. Don’t worry what the magazines say is the “best” form of exercise. There isn’t one. It’s true that most people can’t lose weight doing just cardio, and that strength training can increase your baseline metabolism, so you might be tempted to opt into powerlifting. But it’s also true that people who hate lifting weights will never stick with it long enough to see the results, and equally true that those who loathe the elliptical will inevitably give up.

Find a workout that you like enough to stick to. And then stick to it. If that’s high-intensity interval training, great. Studies show it offers a lot of the benefits of cardio with less time commitment. If it’s biking or running or swimming or lifting or rowing—it’s all great. Just do it regularly. That’s how you develop a habit: You find a way to keep doing the thing until the thing is so ingrained that it’s not an effort. Work out for just 10 minutes if you have to. Even if you don’t break a sweat, eventually the showing up part will be easy. Soon you’ll find being there for 30 minutes is no problem, and where before you were hardly cracking a half-mile, you’re suddenly most of the way to a 5K.

Habits are powerful. Use them to your advantage—and eat your pie, too.