A New Shrimp Simulacrum Hopes To Take Plates By Storm 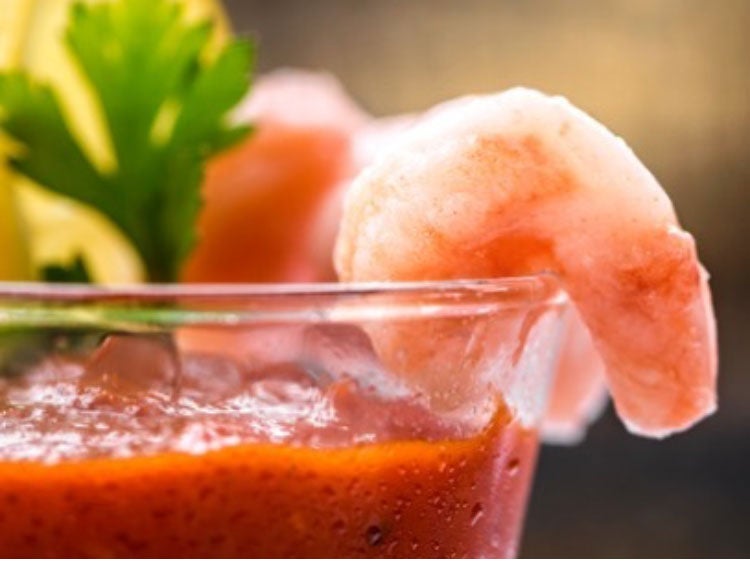 Americans really like seafood — we consume about 4 billion pounds a year, and there is no way that various fisheries can compete with the demands of our gullets, as well as those of pescatarians worldwide.

While there have been various advances in raising seafood, including the United States’ largest inland shrimp farm (which is located in Indiana and produces a quarter of a million shrimp a month), a start-up in San Francisco called New Wave Foods has another approach to the seafood crisis.

The biotech company was founded a year ago by Dominique Barnes, who studied marine conservation at the Scripps Institution of Oceanography, and Michelle Wolf, a materials scientist, and it plans to release a “popcorn shrimp” product that is entirely man-made within the next eight months, according to a report in The Atlantic.

Barnes told the Atlantic that the process of making the faux crustacean, out of red algae and protein powder, is like “baking a loaf of bread.” New Wave won’t be the first faux shrimp on the market, but because they are made of the same algae that shrimp regularly eat, these shrimp knock-offs claim to have a much closer nutritional profile that any previously produced.

Given the amount of shrimp, salmon, tuna, and other seafood that we consume per year, coupled with the rampant abuses endured by modern-day slave laborers to supply companies such as Whole Foods and Wal-Mart with shrimp , disrupting the industry with a simple substitute seems to be the most logical way to fix the problem. The company’s first product will be breaded, but the creators’ next project is to create a naked shrimp that can be used in lieu of shrimp cocktails, and then branch out to other seafood.