How much protein do you really need? 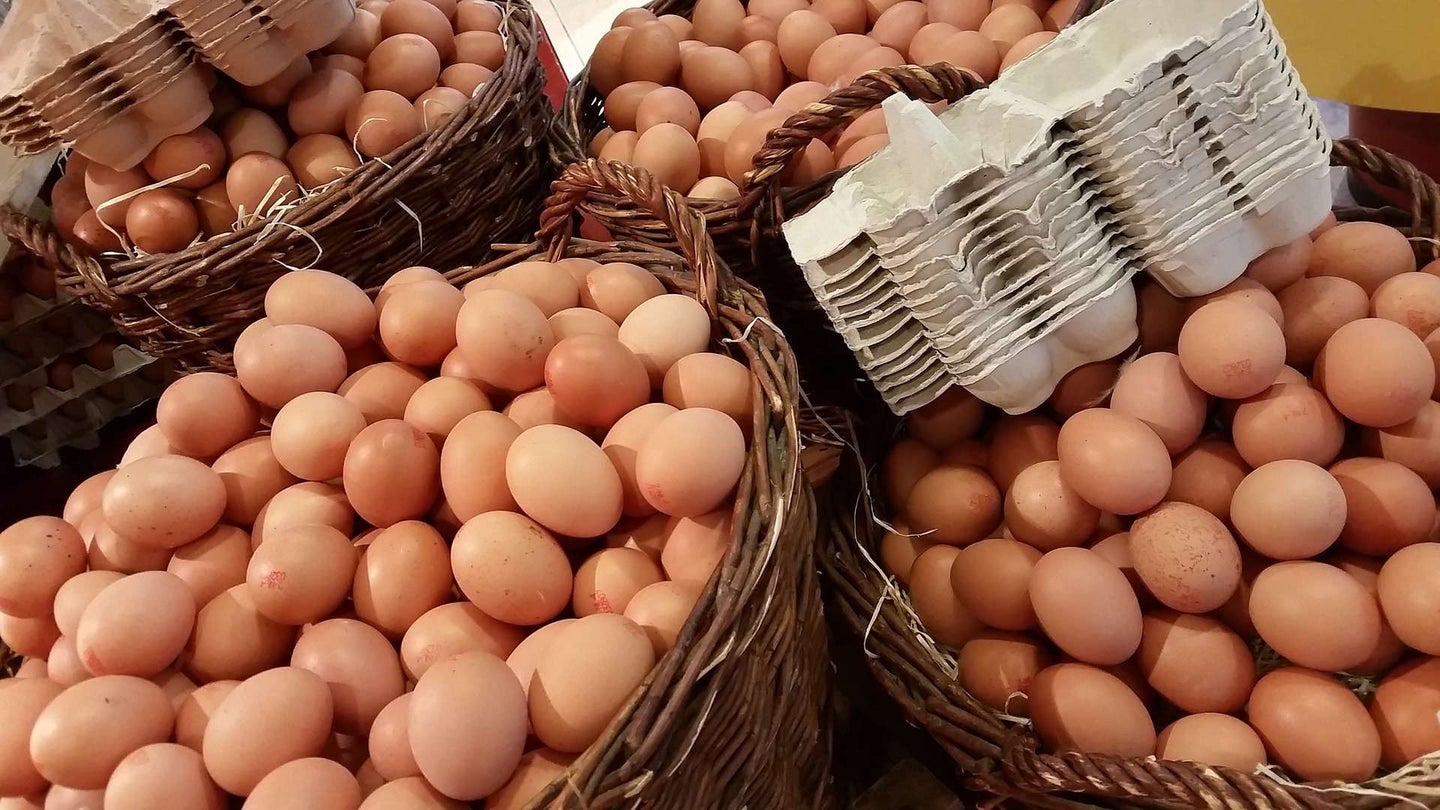 Gym buffs get a lot of grief for their shaker bottles full of chalky protein powder—but should they? They, like so many of the rest of us, are just trying to fuel their bodies properly. And when it comes to protein, there’s not a lot of clear guidance on how much you really need.

Let’s start with the basics: Everyone needs protein. Your body breaks it down into its constituent amino acids, then uses them to build other proteins, like enzymes or those that make up collagen or the cytoskeletons inside your cells. You also need them to build new skeletal muscle. The question, of course, is how much protein you need to eat in order to fulfill all these bodily requirements.

For a long time, nutritionists maintained that although athletes need more calories total, that people didn’t need more protein intake if they were doing intensive exercise. Powerlifters and bodybuilders long ignored that advice and ate enormous amounts of protein, using the logic that they needed more amino acids to build up new muscle mass. And in recent years, the field of nutrition has come around to something closer to that view—that optimal protein intake is probably higher for some athletes, especially if you’re building muscle.

But there’s also been a conflicting idea: that eating too much protein was bad for your kidneys. As a filtration organ, your kidneys are responsible for removing excess nutrients and electrolytes and various toxins from your blood and sending them out in your urine. This includes excess amino acids from eating a lot of protein, so the principle seemed sound: if you take in too much, you don’t necessarily improve your muscle function, but you might be straining your kidneys.

Research hasn’t really borne this out. Several studies have shown that even high intake isn’t associated with a decrease in renal function. Some research has found that people who already have impaired kidneys might benefit from a low protein diet, but even those studies have found mixed results.

[Related: Sixteen protein-packed veggie dishes to get you through any meat shortage]

That’s not to say that you can’t have too much protein, though. It’s just that what’s problematic about too much protein isn’t the impact on specific organs, but rather that you start sacrificing other nutritional intakes. If you only eat meat, for instance, you may have virtually no carbohydrate intake, and you need carbohydrates to fuel your brain and muscles with easily accessible glucose molecules. You also need fats to use in your cellular membranes and to maintain your hair and skin. If you’re sacrificing these other macronutrients for the sake of protein, you’re eating too much protein.

But what about the rest of us, who are mostly eating some combination of all the macronutrients? How much are we supposed to eat? The answer depends on a lot on the amount and type of exercise you do.

Congratulations! You’re the person that the recommended daily allowance, or RDA, was made for. In the U.S. and Canada, that means you’re advised to eat about 0.8 grams of protein per kilogram of body weight each day. You should calculate this for your specific weight, but for the average American man, who weighs about 89 kilograms (or 196 pounds) that means 71 grams total. It’s a bit less for the average woman, as she weighs around 168 pounds (or 76 kilograms) and would need around 61 grams of protein per day.

“In general, this guideline works for most people,” says Jessi Haggerty, a registered dietician and trainer in Somerville, MA, “but it’s best to focus on your whole diet, and making sure you’re consuming enough energy altogether. If you’re doing that, and consuming protein at most meals and snacks, then it’s highly unlikely that you’re not meeting your protein requirements.”

[Related: Best running shoes: Break a sweat, not your arches]

It’s pretty easy to see when you start to look at how much protein is in even small amounts of animal meats. For every 100 grams of chicken breast (which is roughly 3.5 ounces, and likely around the size of a standard chunk), you get 31 grams of protein, which is already half your daily needs if you’re on the lower end of the weight spectrum. A 9-ounce steak has a full 78 grams of protein, so with one ribeye you’re pretty much set.

If you’re vegan or vegetarian, despite the myths, it’s not hard to get all the protein you need—again, you just have to take a little care. That same 100 grams in black beans gets you 21 grams of protein. That’s a bit less than chicken, but the beans also boast 16 grams of fiber—so they’ll be filling, and arguably more nutritious than a chicken breast on its own. Or take nuts, which not only have healthy fats but also multiple essential vitamins. Walnuts have 15 grams of protein per cup (which, if they’re in halves, weigh roughly 100 grams). A cup of whole almonds gets you twice as much protein. Now, nuts also have a lot of calories, since they have plenty of (again, healthy) fats, so no one is saying you should get all your protein that way. But there are plenty of ways to get your daily protein needs without turning to animal products; you just have to make sure you’re grazing on a good variety of whole foods.

I run or play endurance sports

This is probably where there’s the most debate. You likely need slightly more than the RDA of protein, because the average American is way more sedentary than you are. But because the goal of most endurance exercise isn’t to bulk up all your muscles, you don’t need as much as a powerlifter. “If you are active you will need additional protein,” says Jay Hoffman, a professor in the Sport and Exercise Science program at University of Central Florida. But he still recommends just 1.4 grams of protein per kilogram of body weight for endurance athletes, which is about on par with other recommendations in the scientific literature. This 2007 review suggests 1.2 to 1.4, and this 2011 overview cites anywhere from 1.2 to 1.7 (though that also encompasses resistance-trained athletes). A 2004 study in the journal Nutrition suggests a bit lower, somewhere around 1.1 grams per kilogram, as a minimum required amount, but notes that individual needs may go up to 1.6. So you might want to take a look at your dietary spread to double-check that you’re getting enough protein, but if you’re eating a balanced diet you’re probably already set.

Protein requirements are going to be highest for anyone trying to build muscle, and even someone who is aiming to maintain muscle mass needs to eat enough protein to prevent muscle breakdown (especially if you’re getting a borderline amount of total calories). Hoffman recommends between 1.6 and 2.0 grams per kilogram bodyweight. “Closer to 1.6 would be likely sufficient for the recreational lifter,” he says, “but no harm is done if you consume more.”

That means if you weigh 80 kilograms (176 pounds), you need about 126 grams of protein daily. If you’re getting your protein from whole foods, as opposed to protein powder or other drinks, you can pretty easily attain that intake as long as you plan you’re eating a bit. But it’s also why powerlifters like to use protein powder—it’s a super convenient way to up your intake without too much thinking. That being said, it’s inadvisable to get most of your protein that way. Natural protein sources pack in lots of other nutrients, and since your body has to break down the food first, you get the dosage of protein over a longer period of time instead of one big dump. That helps your system push the protein to where you need it, instead of filtering it out into your pee.

Haggerty also notes that it’s important to get a variety of protein sources—don’t just focus on meat. Incorporate fish, eggs, dairy, nuts, and beans as well.

I’m still not sure how much protein I really need

This is where nutritionists come in handy. “Protein requirements can differ from person to person depending on what type of exercise they do,” Haggerty explains, “so working one-on-one with a dietitian can be beneficial if you’re unsure if your needs are being met!”

If you can’t afford to see a specialist, aim for one of the guidelines listed here based on your level of exercise. You’re unlikely to hurt your kidneys if you don’t stray too far from those recommendations, and it’s difficult to eat a harmful amount of protein if you’re eating a balanced diet, anyway. Remember, the best diet advice is generally the most boring: eat a variety of foods in moderation. And enjoy it!