When to worry about a concussion

There’s a lot we don’t know. 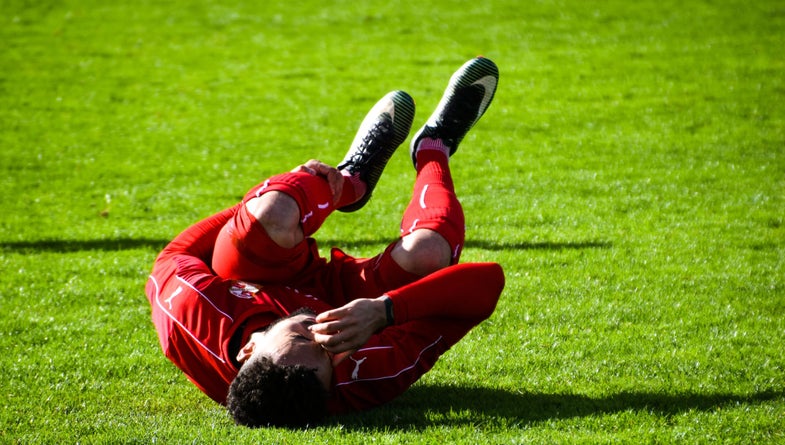 This post has been updated. It originally published on September 27, 2017.

When it comes to concussions, most people don’t have to worry about the worst case scenario. Powerful head injuries and chronic blackouts from repeated pummeling or sports injuries inevitably lead to serious brain damage, yes, but most manage to avoid such constant concussions. But what about just one fist to the head? Or two helmet-denting tackles? When is it that cumulative concussions start to cause long-term trouble? It’s that line—or the lack of one—that makes parents, and even kids, nervous.

A recent 2017 report in the Journal of the American Medical Association found that about 20 percent of teenagers in the US have had at least one concussion. It might be comforting to know that only six percent had more than that, though that’s only because it’s easier to treat a one-time injury as a past problem. One concussion can be dismissed, and maybe with good reason. But plenty of people aren’t square on what the potential dangers of one head injury are, or even how to get help after they get hurt.

“Most people assume that the only treatment for concussion is prescribed rest,” says Anthony Kontos, Research Director at the UPMC Sports Medicine Concussion Program. The reality is that his research and others’ shows that rest might actually have negative consequences for some people, many of whom would benefit more from active rehabilitation. This isn’t to say that all concussed people should seek out exercise; the point is, it’s not a one-size-fits-all sort of injury. Depending on the individual’s specific circumstances, Kontos says, there are targeted interventions for nutrition, stress management, vision, and physical exertion—among many other things—that can improve recovery.

How serious can one concussion really be?

Assuming that we’re talking about your average concussion (as opposed to one that causes a long period of unconsciousness), the good news is that an isolated incident isn’t likely to haunt you for life. With the right treatment, most will recover from a single concussion in anywhere from two to four weeks. But that doesn’t necessarily mean there are no long-term effects.

Around 10-20 percent of people with only mild traumatic brain injuries still have neurological issues a year later, ranging from headaches to memory deficits to depression. That would suggest that at least some small proportion of people have lasting physical damage. And in fact, when radiologists looked at concussed and non-concussed people they found that head trauma seemed to accelerate brain atrophy a year after the initial accident. The damage wasn’t huge, and they didn’t observe permanent changes in the brain structure itself—just loss of volume. Unfortunately, there hasn’t been much other research on how a single impact can affect the brain long-term, so it’s still unclear how permanent or significant the changes might be.

[Related: Why you can’t use an app to diagnose your concussion]

It’s important to remember that only a small number of people have these lasting effects. Most patients get right back to their pre-injury selves, especially with proper medical treatment.

How many concussions is too many?

Somehow the magic number became three for concussions, even though no one seems sure how or why. The research doesn’t back it up, and most experts would never hold themselves to a single figure like that.

For one, the severity of each concussion varies, as does an individual’s response to the damage. People with predispositions to certain problems can see their symptoms worsen after a head injury. Car sickness can turn into general balance issues or dizziness. Anxiety can shift into a serious mood disorder. Changes like these vary so much from person to person that they can’t be condensed into one universal set of warnings or guidelines.

And for another, the timing between injuries matters more than the absolute number. “Our research suggests athletes who continue to play following a sport-related concussion double their recovery time,” Kontos says. Not only that, but they also tend to have worse symptoms, and more significant impairment in the aftermath. There’s also the potentially-fatal second impact syndrome, which occurs when an already-damaged brain gets hit again and swells up dramatically in response. That sudden change is often deadly, and those who survive spend the rest of their lives severely disabled.

That’s why it’s crucial that anyone who is at risk for a repeat injury—whether it’s on a soccer field or in a war zone—stay out of the fray until they’ve actually healed. And since symptoms alone can’t tell you when you’re better, you’ll need to rely on your doctor to determine when you might be ready to get back to your usual routine. The brain is extremely vulnerable after a trauma, and any successive impacts will only multiply the risk. So even if you feel fine, it’s worthwhile to get an expert’s opinion on your wellbeing after taking a blow to the head.

[Related: What happens if you combine the most dangerous parts of every sport?]

What should I do if I’m worried about a head injury?

Step one here is what you’d expect: Go see a doctor. Better yet, go see a concussion specialist, who will know exactly what to look for and how best to advise you going forward. Too many athletes don’t seek treatment because they’re worried they won’t get to play again, or are just afraid of what they might find out. The reality is that concussions—especially minor, isolated ones—can be treated pretty effectively, but only with proper attention. It’s not a doctors job to prevent athletes from doing what they love, but it is their responsibility to give their patients the best shot at a complete recovery. Sometimes that will mean advising against any further sports activity, but not always.

Step two is the hard part: You need to actually follow through with your physician’s plan. Kontos notes that more than half of athletes don’t get any follow-up care after being diagnosed with a concussion, even though a prescribed recovery plan would help them. Scary as it might be, it’s worth it to continue seeing an expert who can help you heal.