This is how much watermelon it’d take to kill you

From staples like avocado to indulgences like chocolate, too much of our favorite foods can turn lethal. 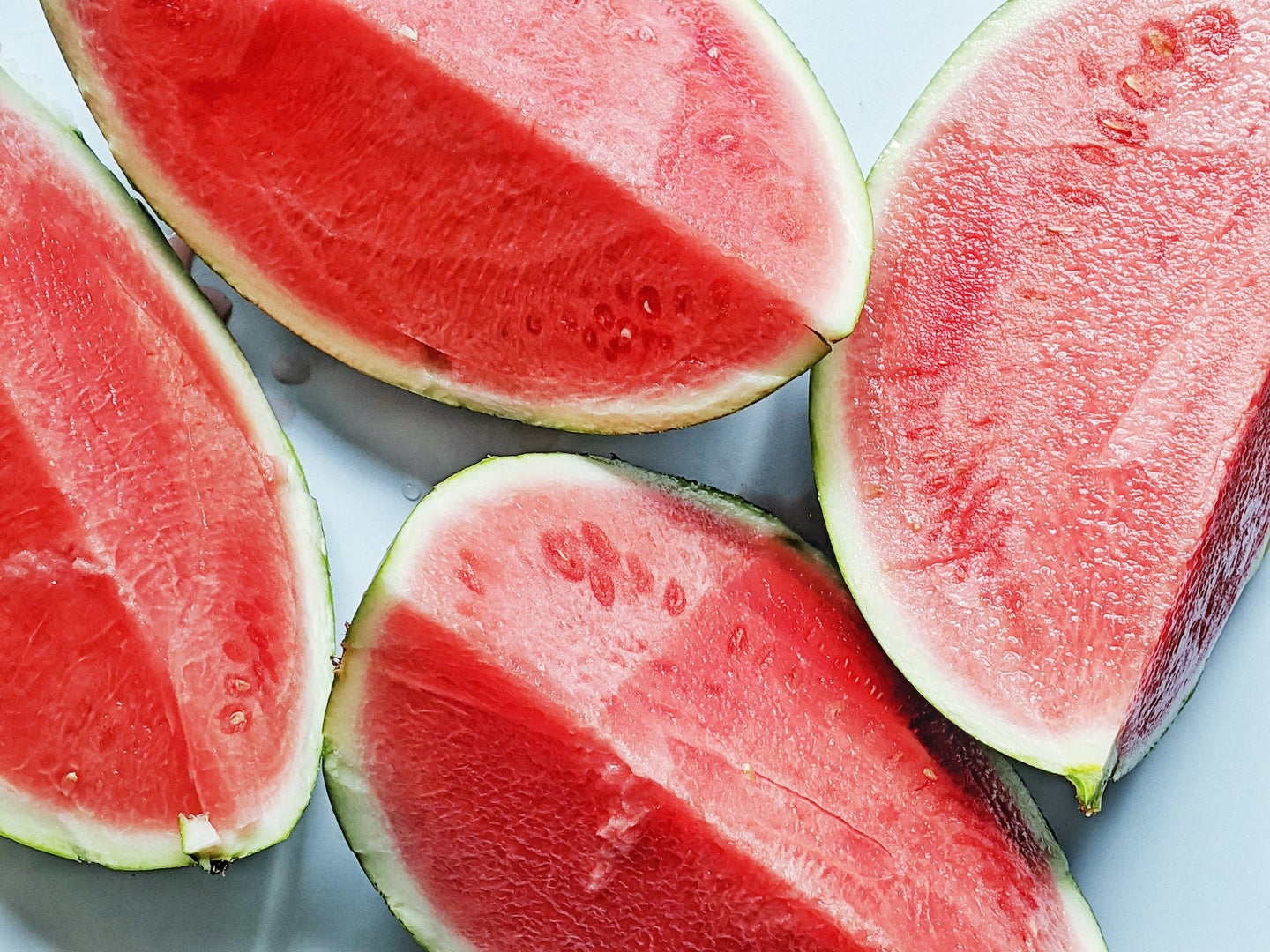 Death can come in many forms, watermelon included. If we can ­stomach enough of them, many of our daily foods are lethal. Down 30-​plus glasses of water in a few hours, for instance, and you’ll do yourself in. (One major cause of ­MDMA-​related deaths: water intoxication caused in part by drug-induced extreme thirst.) Of course, the human stomach usually doesn’t hold much more than 4 cups, but the toxic effects of overindulgence can build up as your intestines move the food along. Here’s how much you’d need to eat of a few foods to flirt with fatality.

This fatty fruit contains almost twice as much po­tas­sium as a banana. When too much of the metal hits the bloodstream, it interrupts the heart’s rhythmic beating, causing it to slow—or even stop.
Average Woman: 250 cups (200 fruits)
Average Man: 300 cups (240 fruits)

Heaps of any fluid-rich fruit could kill you. Cells inundated by water expand to normalize their electrolyte balance. Swelling like this in the brain can damage nerve cells and pinch off the oxygen supply.
Average Woman: 80 cups (3 melons)
Average Man: 130 cups (4 melons)

[Related: Yes, coffee drinkers seem to live longer. But don’t get too excited.]

Too much caffeine can make you dizzy, raise your blood pressure, and even give you seizures. Way too much can send your heart into fibrillation, an arrhythmic beat that fails to pump blood.
Average Woman: 50 cups
Average Man: 70 cups

Eat as little as 6.5 teaspoons of this holiday spice to get a 12-hour high (and a two-day hangover), thanks to the psychoactive chemical myristicin. Eat multiple cups to trigger organ failure.
Average Woman: 22 cups, ground
Average Man: 27 cups, ground

[Related: How many hot dogs would it take to kill you?]