Brown Bear Moms Use ‘Human Shields’ To Protect Their Cubs

Between a bear and a hard place 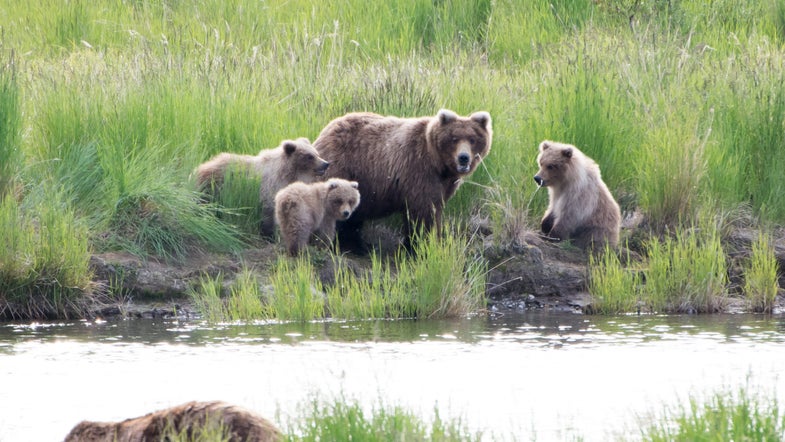 There are many threats to bear cubs as they enter the world. But one of the biggest killers is other bears.

For example, in an area in Sweden, mortality among brown bear cubs is about 35 percent. Most of those deaths occur within mating season, and 92 percent of those deaths are caused by male bears looking to mate with the cubs’ mothers. This is called sexually selected infanticide (SSI), and understandably, mother bears will go to great lengths to prevent it from happening.

In a study published in the Proceedings of the Royal Society B today, researchers found that female brown bears in Sweden are getting close to humans in order to keep their cubs safe.

Ok, not that close.

Instead, female bears with cubs use the presence of humans as a human shield, staying closer than normal to human settlements during mating season in an attempt to scare off any murderous suitors that might come calling.

Humans, with our technology and propensity for shooting bears, have long since displaced bears at the top of the food chain. When they have a choice, bears tend to stay away from humans, so for a mama bear, settling down in a place with humans close by acts as a natural deterrent for other bears.

Bears aren’t the only animals that have started using human shields as a blockade against predators. As the researchers note in the paper, mountain nyala (an antelope) in Ethiopia stay close to humans to ward off spotted hyenas that might otherwise make a meal out of them, and moose in Yellowstone now raise their young near roads to deter, ironically, brown bears.