How The Hubble Space Telescope Started Its First Day, 26 Years Ago

The telescope began work 26 years ago today, but getting there wasn't so easy 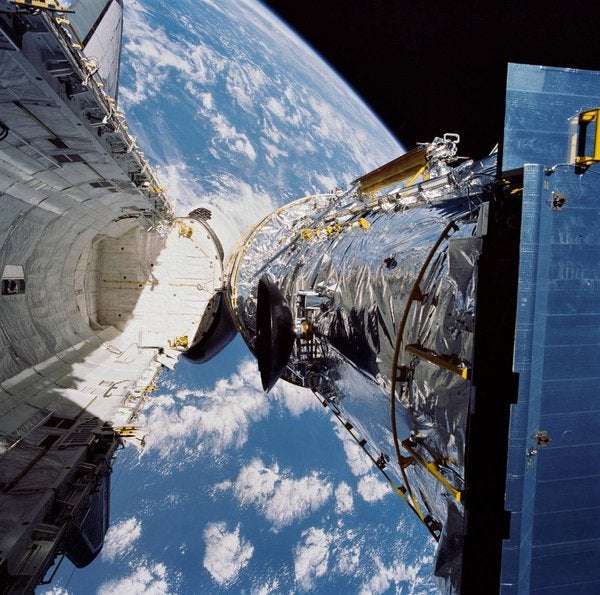 Happy 26th birthday to the world’s favorite telescope. Hubble celebrates its real birthday today, and the folks at NASA tweeted some delivery-room pictures of Hubble leaving its Berth aboard the shuttle Discovery on April 25, 1990.

Even after two and a half decades, Hubble stays busy. Last week it captured a bubbling nebula–perhaps while looking for some birthday balloons. Getting to space was no easy task though, as this video from Smithsonian Air & Space shows. Watch the deployment with crew commentary below: