How did people first figure out when a solar eclipse would occur?

It's not rocket science, but it is tricky. 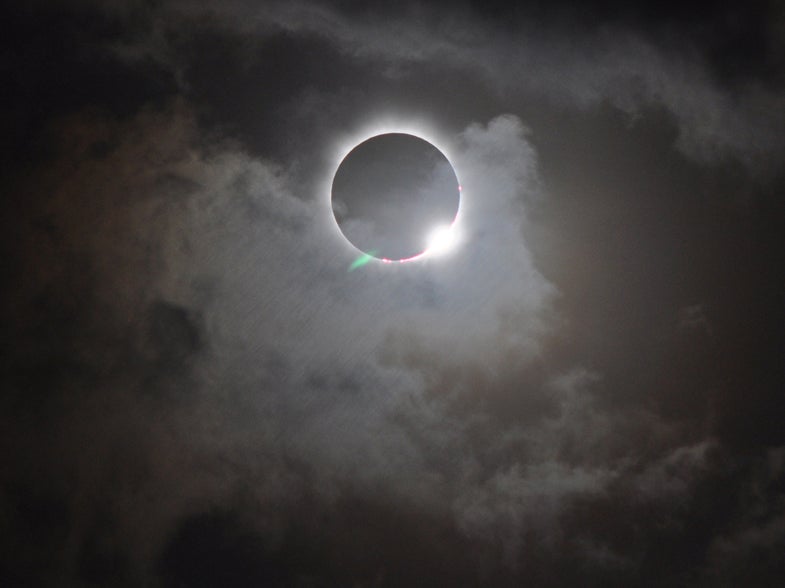 During a solar eclipse, the moon passes between Earth and the sun, blotting out light. In August, all of America will be able to see a total or partial eclipse. NASA
SHARE

Today, we’re able to get even more specific, thanks to our understanding of the shape of the moon. The moon—contrary to every elementary-school drawing you ever labored over—is not in fact, shaped like a banana or a perfect sphere. Like the Earth, it has mountains and valleys that make its shape a little rough around the edges, and that means that it’s shadow is uneven as well.

In the from the late 1940’s until 1963, an astronomer named Charles Burleigh Watts spent countless hours mapping out the variations that appeared on the moon’s surface, focusing on the landforms that appeared on the outer edge of the moon as seen from Earth. His detailed maps helped eclipse predictions get even more precise. Then, NASA took it up a notch. NASA’s Lunar Reconnaissance Orbiter built on Watt’s work, and captured the topography of the moon in detail that would have been impossible to get from photographs of the moon taken on the ground.

NASA visualization expert Ernie Wright took that data about the shape of the moon, the topography of the Earth, and the positions of the sun, moon and Earth to create an incredibly detailed and accurate accounting of where the eclipse shadow will pass across the United States.