Climate change could throw off the balance of ecosystems 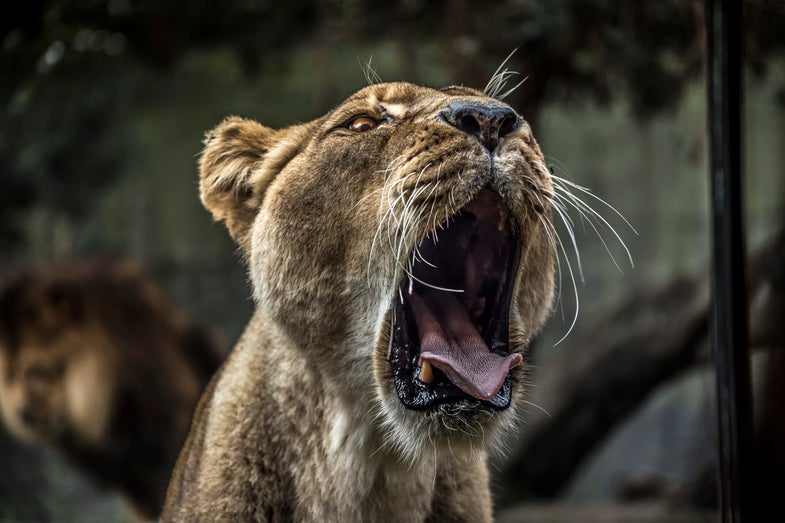 Imagine nature like a scale, with predators on one side and prey on the other. When too many lions are on the prowl, antelope dwindle in numbers. When too few lions roam the savanna, antelope flourish and decimate grasslands. The balance needs to be just right.

Scientists say that rising temperatures could tip the scale, disrupting the fragile equilibrium between predator and prey. Warmer temperatures could send appetites into overdrive, causing larger predators to wipe out smaller prey.

“The balance of nature could be at stake with climate change,” says Madhav P. Thakur, a postdoctoral researcher in ecology at Leipzig University. “We suspect that this is already happening, and likely to get severe in the future with a predicted warmer climate.”

He and his team were curious about the impact of increasing temperatures on species diversity, and how organisms would compete as the planet grew hotter. Heat elevates metabolism and, as a result, hunger. Researchers hypothesized that smaller prey would fare better than larger prey, because they need less food.

But they were wrong. Their experiment found that larger prey were better able to avoid being eaten, while smaller creatures were wiped out be extra-hungry predators.

“If species are poor at acclimating to warmer conditions, and further become vulnerable to predation — which increases with a warmer climate — they may disappear sooner than we may expect,” Thakur said. In other words, prey will have to compete with other prey for dwindling resources, while also facing more ravenous predators.

For their study, published in the Proceedings of the Royal Society B, Thakur and his colleagues put together two species of springtails — insect-like creatures only a few millimeters in size — with springtail-eating mites in a series of petri dishes. Springtails decompose dead animals and plants — losing them to climate change could disrupt ecosystems.

Thakur said that as the climate warms, predators may cease to balance ecosystems. Most past studies have pointed to the inability of species to acclimate to warmer climate as the main reason for biodiversity loss. This study zoomed out to see how rising temperatures would shape species interactions.

David Inouye, professor emeritus of biology at the University of Maryland — who was not involved in the study — said the research “makes an important point, that we’re just beginning to understand the kinds of complex re-assortment of ecological communities that is accompanying climate change.”

“For example, crabs are moving into Antarctic waters, where potential prey have never encountered that kind of predator,” he said. Inouye noted that it’s difficult to study species interactions in the wild. “That’s a much more difficult environment in which to try experimental studies, so the lab-based work is a more practical way to try initial experiments.”

Thakur agreed. He said that, in the wild, threatened species might move to new habitats where they can survive. “Our study thus could be useful in understanding the observed patterns for larger animals in a warmer climate,” he said.

The researchers plan to conduct additional studies. “We have to better understand how species interact and complex communities function under future environmental conditions,” said Nico Eisenhauer, professor of experimental interaction ecology at Leipzig University and co-author of the study. He added that further research is “urgently required here to generate a comprehensive understanding.”