The Honda Project 2&4 Is A Motorcycle Like No Other 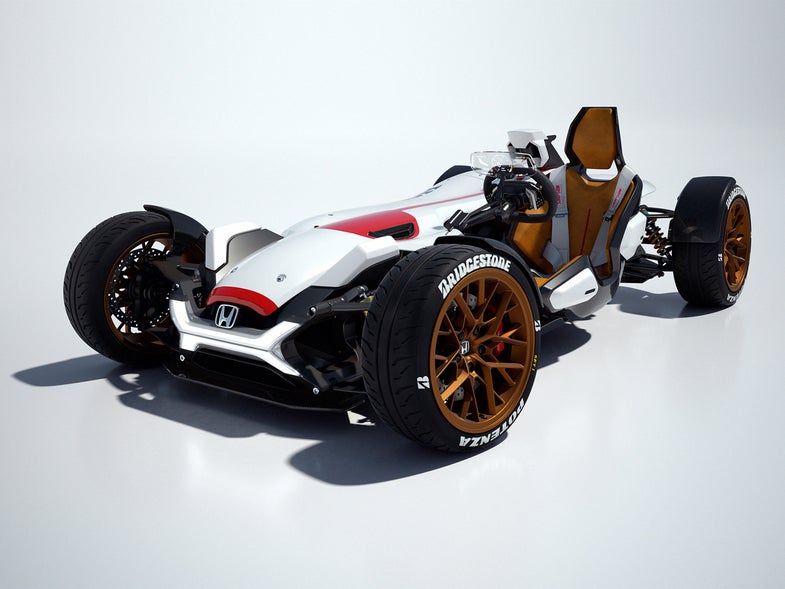 What happens when you combine a car and a motorcycle? Honda decided to find out when it pitted more than 80 of its brightest engineers against each other in its annual Global Design Project, an internal competition to foster exchanges among its global network of design studios.

The rules of the contest were simple: Take a V-4 motorbike engine, and put it on four wheels. The goal was to build something fun and thrilling. Honda wanted engineers to combine the stability and handling of a racecar with the driving experience of a motorcycle—almost like a supercharged go-cart.

The winner is this single-seat, bike-and-car hybrid called the Honda Project 2&4, designed by Martin Petersson from a Honda motorcycle R&D center in Asaka, Japan. The Project 2&4’s floating seat means drivers will feel the wind blowing across their body, while the motorcycle-grade suspension, engine, and featherweight 890 pounds offer quick turns.

Bonus: Because the steering wheel and pedals can easily be flipped from one side to the other, drivers around the world can customize their experience based on their track or country.