Cars that let you experience the drive, instead of enduring it 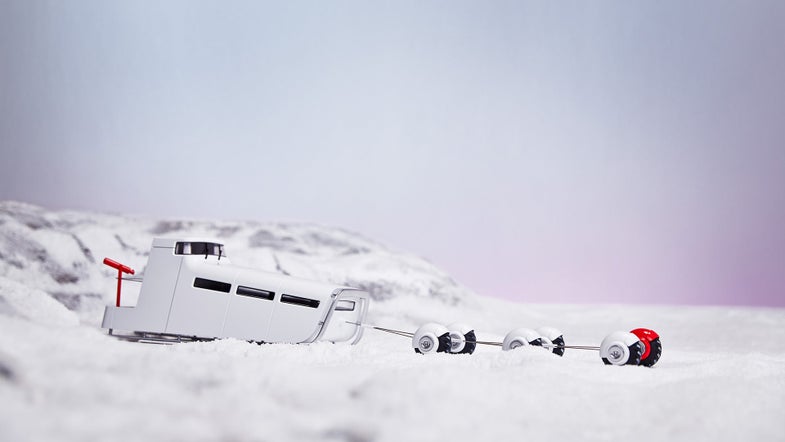 Autonomous cars are a chance to reinvent the steering wheel. Because the vehicles themselves do all the driving, cars are no longer bound by such basic conventions as “keep a human facing forward at all times” and “don’t try to climb over boulders like a spider.” Okay, it’s more than just the relationship between the car and driver that’s changing in that one.

As a grand showcase for the new possibilities of autonomous cars, Honda plotted a seven-stage road trip roughly following that path of humanity’s great migration from a species to the edge of the world. The auto company used miniature models for this conceptual video, but the hope is the same principles could be applied to human-sized autonomous vehicles of the future. Honda’s route goes from Nairobi, Kenya to Manaus, Brazil, and new vehicles trace individual legs of that journey. Sometimes, even with legs themselves.

Above is the vehicle concept for the third stage of the trip, which will climb the Himalayas and, when driving gets rough, sprout feet to step over fallen rocks, and arms to clear them from the path. Before this, drivers cross the desert in a train of fuel-cell powered cars, and after this leg, there’s a lightweight amphibious island hopper. Then we get to my favorite, which is the Alaska-crossing tundra vehicle.

It’s inspired by dog sled teams, and that’s one hundred percent a team of snow-drones pulling the sleigh. Just an utter delight! Check out the full journey below: