How Hollywood Took On Climate Change At The Academy Awards 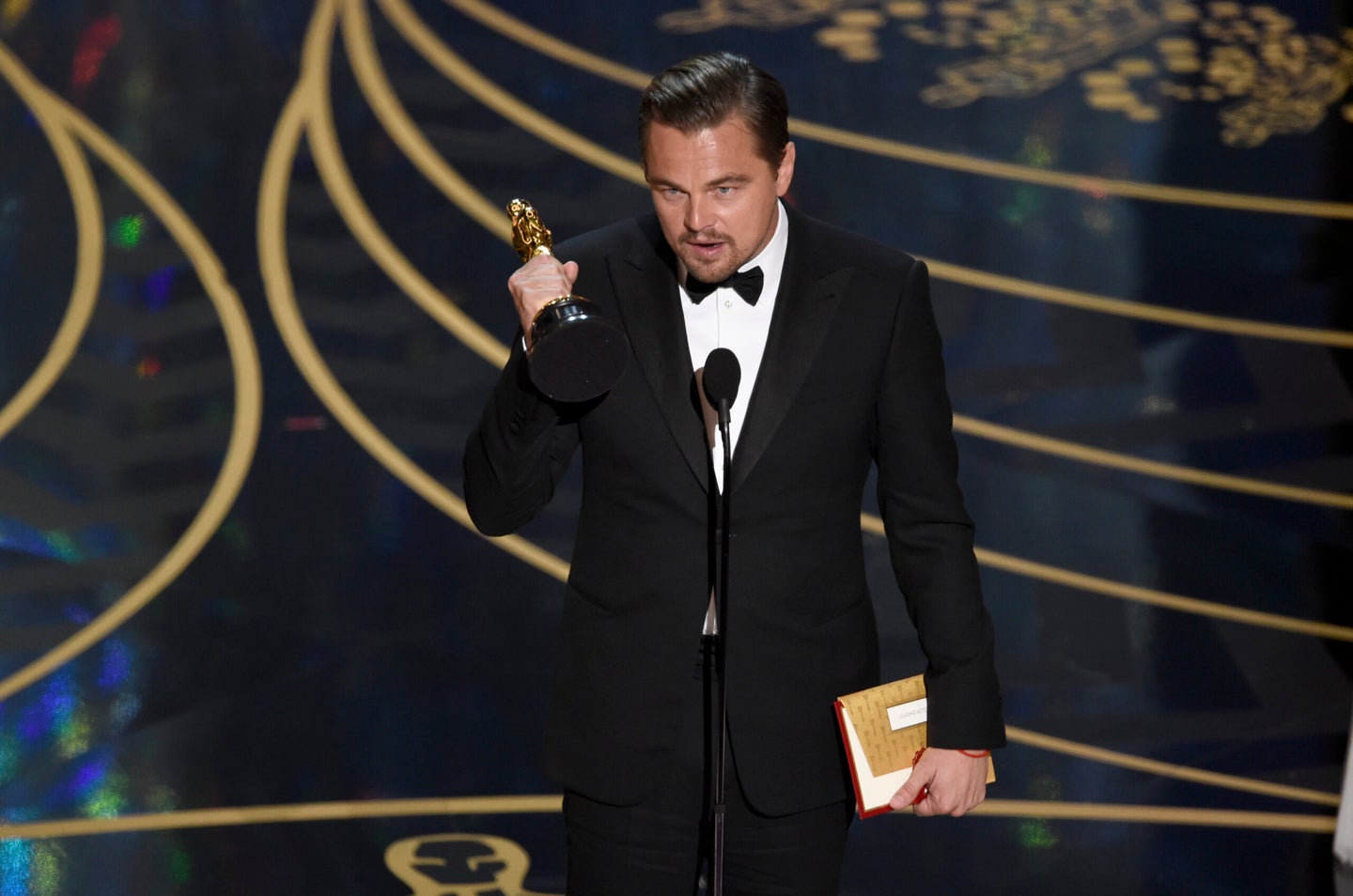 Leonardo DiCaprio accepts the award for best actor in a leading role for The Revenant at the Oscars on Sunday, Feb. 28, 2016, at the Dolby Theatre in Los Angeles. (Photo by Chris Pizzello/Invision/AP). Chris Pizzello
SHARE

Struggles for survival set against harsh landscapes won big at this year’s Academy Awards. Though The Revenant was set in the brutal winter and isolation of 1820’s North America, and Mad Max: Fury Road was set in the drought-ridden desert of a post-apocalyptic Australia, both movies took home multiple Oscars, and the people that worked on them made a point of emphasizing human’s impact on climate in their speeches.

Leonardo DiCaprio, who finally took home an Oscar for Best Actor after years of nominations, talked about how a warming world made the notoriously tough film shoot even more difficult. After thanking his family, friends, colleagues, and fellow nominees, DiCaprio said:

Grist posted a video of his speech:

Leo’s earlier accounts of the apparently unusually warm weather near Calgary, Alberta in Canada, where The Revenant was filmed, were previously disputed as a regular seasonal occurrence. But, in any case, he wasn’t the only one to mention climate change in his acceptance speech. He wasn’t even the first. Earlier in the night, Mad Max: Fury Road costume designer Jenny Beavan said this in her acceptance speech:

She’s right. It could happen. Maybe not the battle/car chase through a desert or the flame-throwing guitars replacing a stereo system.

But the wars over water? The lack of resources? The inhospitable landscapes? Yeah, that could all happen.

Let’s hope that this once, life doesn’t imitate art.