Scientists find that while certain fruit juices boost the body’s levels of medicine, others decrease them 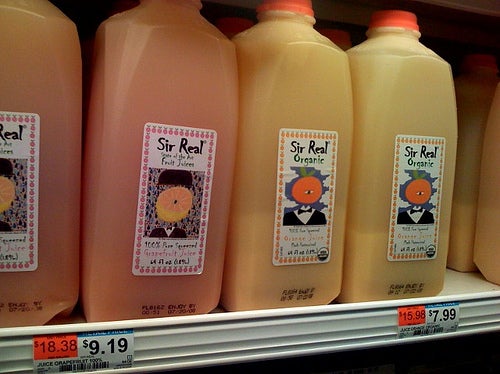 In the eighties, scientists issued a strange warning: don’t drink grapefruit juice if you’re taking the high-blood-pressure drug felodipine. The study, led by University of Western Ontario’s David Bailey, found that the body’s levels of felodipine mushroomed after people drank the bittersweet nectar. They later identified 50 more medications that exhibited the “grapefruit juice effect,” stamped warning labels on them, and called it a day.

Twenty years later, Bailey and his colleagues ran into a grapefruit paradox. When volunteers took an antihistamine and drank grapefruit juice, only half of the drug was absorbed. Naringin, an active ingredient in the juice, is to blame. It blocks OATP1A2, a chemical that hauls drugs from the small intestine to the bloodstream. (Conversely, fault CYP3A4, an enzyme that usually breaks down drugs, for boosting the body’s levels of other medications. It’s impotent in the presence of grapefruit juice.) Orange and apple juices, which contain substances similar to naringin, also lower the absorption of certain drugs. So far, anticancer agent etoposide, beta-blockers atenolol, celiprolol and talinolol, and antibiotic ciprofloxacin are on the anti-juice list, among others. But Bailey said that’s just the beginning, and foresees many more warning labels. I, for one, am going to be extra careful—I won’t be drinking my Tropicana with fish oil anymore.