Watch a hockey player shoot down target drones with pucks

Looks like somebody’s about to get five for flying. 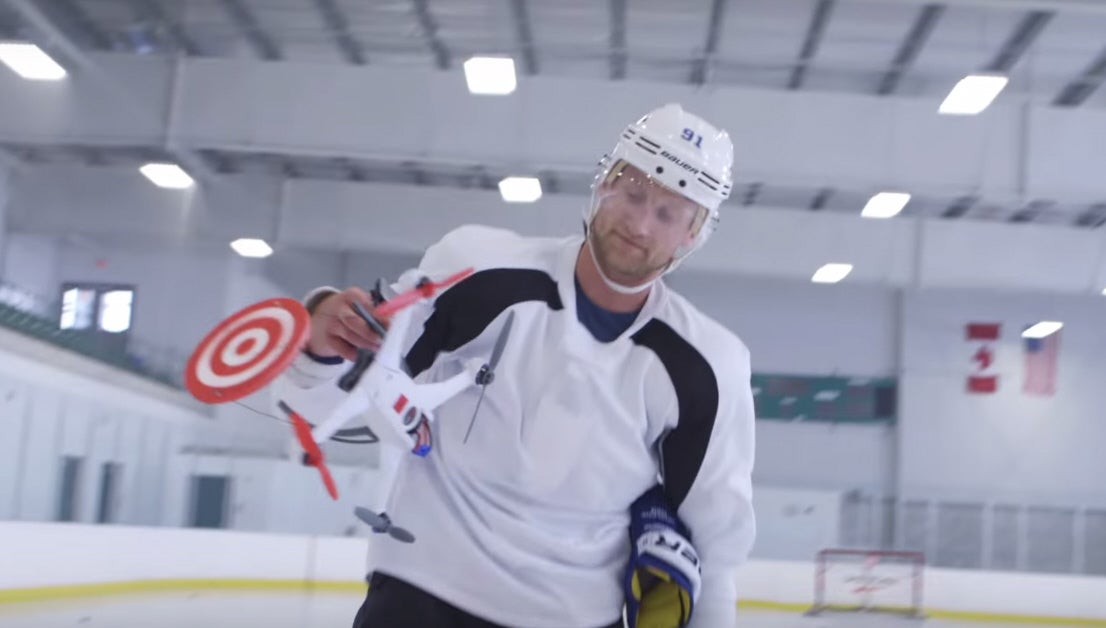 No one likes it when they move the goalposts. In a made-to-be-viral video (now taken down, but we’ve got gifs!) produced by Canadian sporting goods outlet Sport Chek, Tampa Bay Lightning forward Steven Stamkos demonstrates his ability to nail shots into the four corners of an unguarded net. Seconds later, though, a second pair of targets appear, carried by what appear to be some very basic quadcopters.

Moving fast, Stamkos turns his arsenal of available pucks into a projectile attack, flinging them at the taunting drones. In seconds, he destroyed the first target drone, and with a quick flick, he downs the second.

It falls squarely into the world of gimmick drones, where flying toy robots become pitchmen for otherwise unrealistic and expensive ads. No one really needs to hit drones out of the sky with hockey pucks, but we’ve all now watched the ad to see that it can be done.