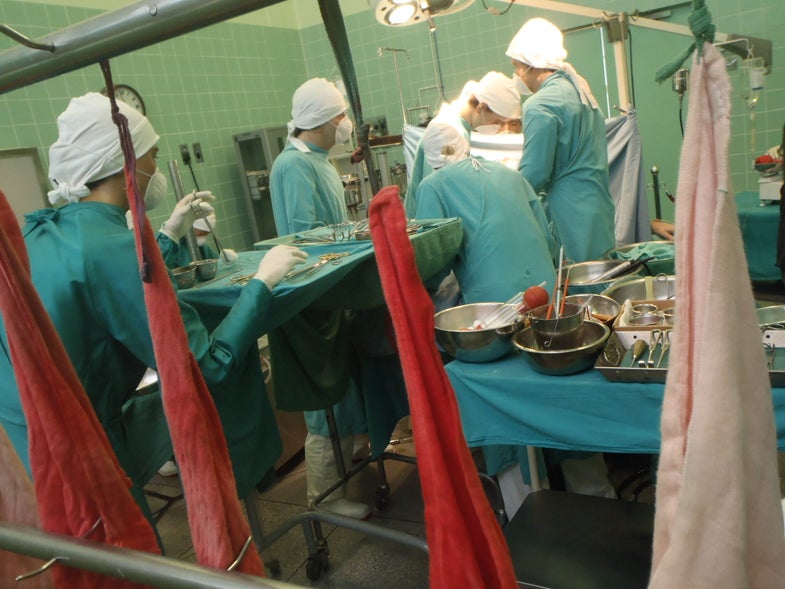 Surgeons at Johns Hopkins will perform the first-ever organ transplant between a HIV-positive donor and recipient.

Clinicians and advocates hope that this procedure will be the first of many for HIV-positive patients. Every year in the U.S., the organs of more than 500 would-be donors go to waste because they have HIV, even though about 122,000 people are desperately awaiting a life-saving transplant. And while HIV-positive patients can receive organs from donors without the disease, they often die more quickly than non-infected patients while waiting for them, said Dorry L. Segev, a professor of surgery at the Johns Hopkins School of Medicine in the press release. If a pipeline opened up between HIV-positive donors and patients, Segev estimates that it could save 1,000 lives per year.

The procedure, and the pipeline that might arise from it, is only possible due to a recent change in policy. Between 1988 and 2013, hospitals were forbidden to conduct such procedures. But that all changed when President Obama signed the HOPE Act, which allowed HIV-positive patients to donate their organs. Many advocates believe this change has been long overdue—in the past, HIV-positive patients would die from the disease too quickly to justify a transplant, but that’s no longer the case. In 2013, the average lifespan of a person with HIV in the U.S. and Canada is 63 years.

This is the most recent—and, perhaps, one of the most feasible—of a number of efforts to increase the availability of transplantable organs. Patients are taking to social media to find prospective donors; researchers are breeding pigs with organs that would function in humans. A combination of these efforts could save thousands of people who die waiting for organs every year.

Last month, the Johns Hopkins team received approval from the United Network for Organ Sharing, the national nonprofit that coordinates donors, recipients, and hospitals, to conduct the transplant. The procedure, which will likely be of a kidney or liver, will take place as soon as the team finds a suitable recipient and (deceased) donor.