Historical Science Celebs Battle It Out In Science Kombat Game 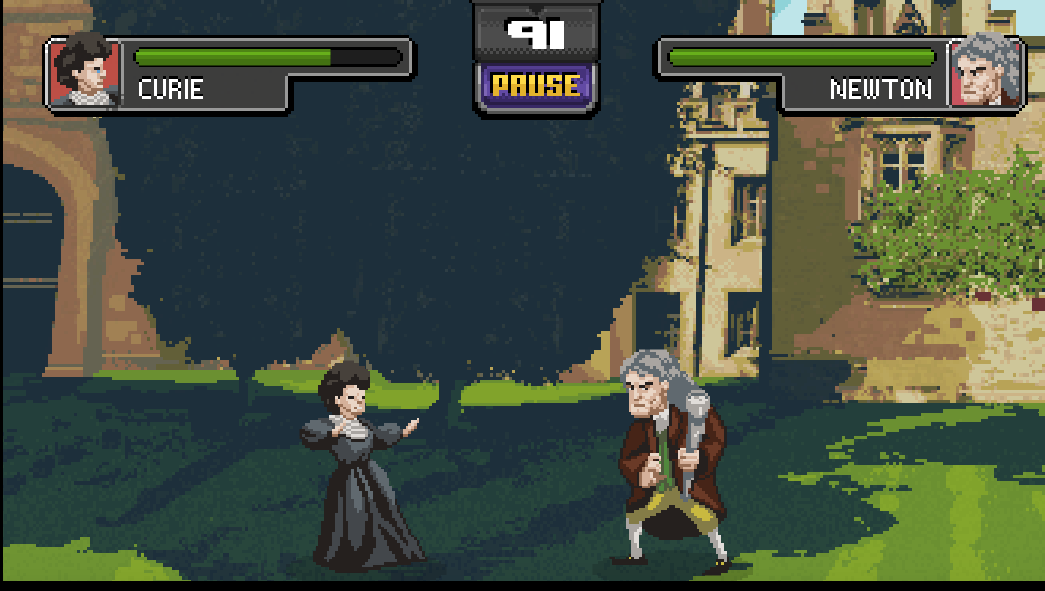 Many famous scientists in history lived during different eras, different locations, and studied vastly different areas of science. But that doesn’t mean we wouldn’t want to see them smackdown in classic Mortal Kombat style. Brazilian magazine Superinterssante has made all of our childish science nerd dreams come true.

The appropriately named Science Kombat is available as a free browser game on the magazine’s website. (We made a video about these fantastic illustrations created by Diego Sanches earlier this month.) Players can choose between a roster of scientists such as Charles Darwin and Steven Hawking, and then pick their opponent. Now, I must say, I am skeptical of any video game that I can actually win by just mashing random buttons, but it is amusing to see what special fighting powers each character can employ. Charles Darwin, for example can evolve and Marie Curie harnesses the power of radium.

Speaking of Marie Curie, one of my main complaints about this game is that only one of the eight scientists is a woman. Are the male scientists just too afraid to fight a woman? For the sequel, I’d love to offer the game makers a few helpful lists to get them started on the road to gender parity. And hey, while they’re at it, the entirely European roster of scientists is also notably not racially diverse either.

The magazine also says it’s working on a mobile game version, so you can soon spend your long commute battling, science nerd style.