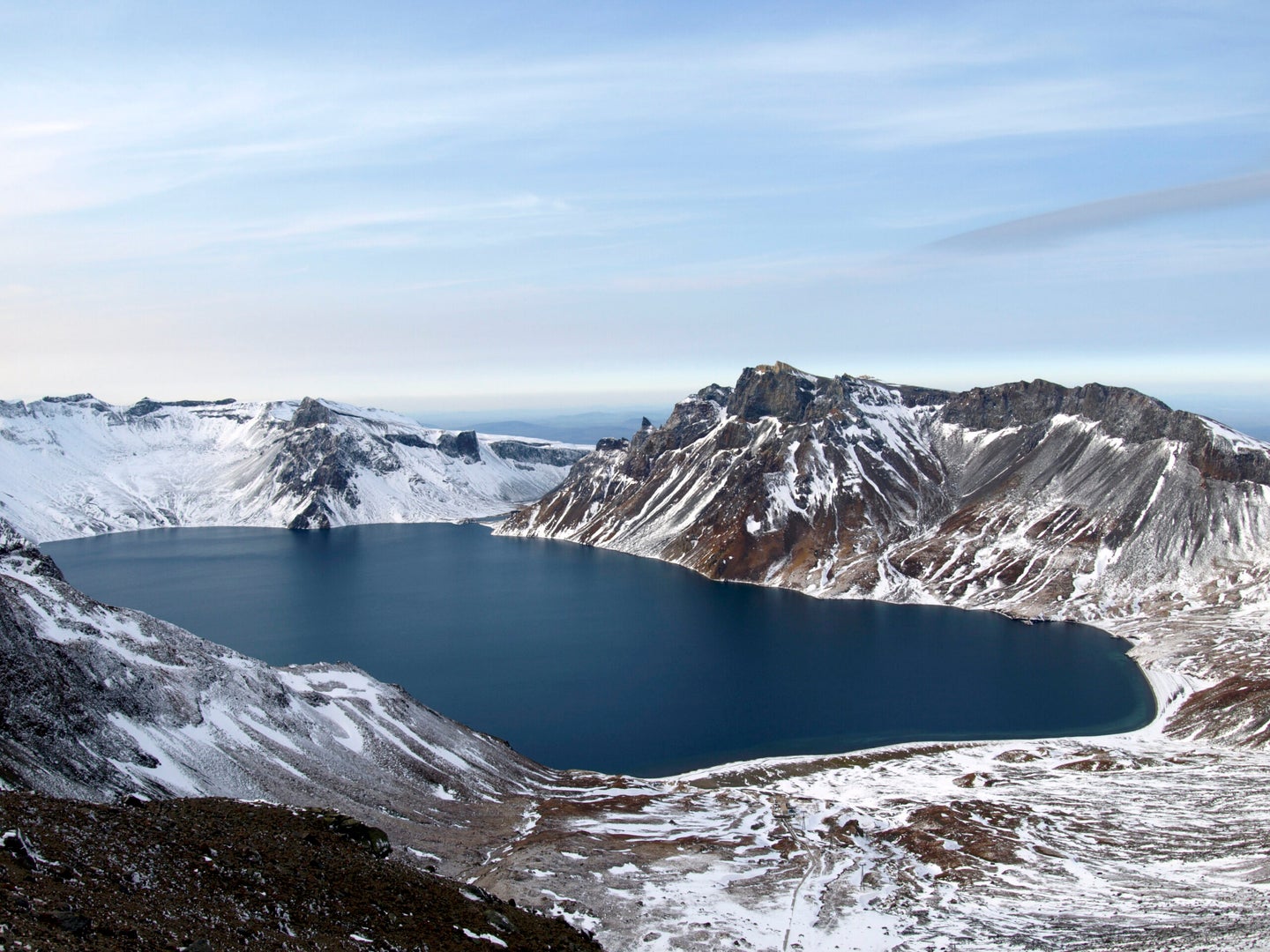 The lake at the center of the caldera of Mt. Paektu, a volcano in North Korea. James Hammond
SHARE

International relations with North Korea have never been easy, but if there’s one thing that can bring everyone to the table it is volcanoes. They are awesome, dangerous, and we would all like to know more about them, even if we can’t agree on anything else.

In a paper published today in Science Advances, an international collaboration of researchers found evidence that there were pockets of molten rock hanging out beneath Mt. Paektu, a volcano that straddles the border between China and the Democratic People’s Republic of Korea (North Korea). The study is the result of one of the first scientific collaborations between North Korea and the West.

Noted volcanologists Clive Oppenheimer of Cambridge and James Hammond of Imperial College London were the first Western scientists to study the volcano when the project began in 2011. Hammond, Oppenheimer, and their colleagues in North Korea, China, and the United States are all authors on the new paper. The research was a feat of diplomacy, as it took almost two years to get approval from the United States and United Kingdom to ship scientific instruments to North Korea.

The team of researchers installed the first seismic monitoring stations on the North Korean side of the volcano. (China already had some on theirs.) The new sensors picked up the shaking of distant earthquakes, and the scientists were able to use the vibrations to get a picture inside the mountain–kind of like sonar, but with earthquakes. They found evidence that there might be a reservoir of molten rock under the volcano, a possible source of magma for a future eruption.

Mt. Paektu, known as Changbaishan in China has been restless within the past 14 years, shuddering with earthquakes off and on between 2002 and 2006. Lately, the mountain has been quiet, but researchers are keeping an eye on it just in case it decides to revert to its old ways.

The volcano has a history of large eruptions, including the ‘Millennium Eruption’ which took place around 946 AD. While the recent grumblings are tiny, that particular eruption packed a huge punch.

“It’s hard really to imagine the scale,” Oppenheimer told CBS News in 2014, when the research began, “but you’re talking about something like 1,000,000 nuclear weapons all going off at the same time in terms of the energy involved.”

It remains one of the largest eruptions in history, spreading ash across the Korean peninsula, and reaching as far as Japan.

Mt. Paektu also holds a special place in North Korean lore. It is the highest point in the country, and legend holds that it is the birthplace of Kim Jong-Il, father of the current North Korean leader Kim Jong-Un.