The Hexo+ Is A Personal Drone That Follows You Everywhere 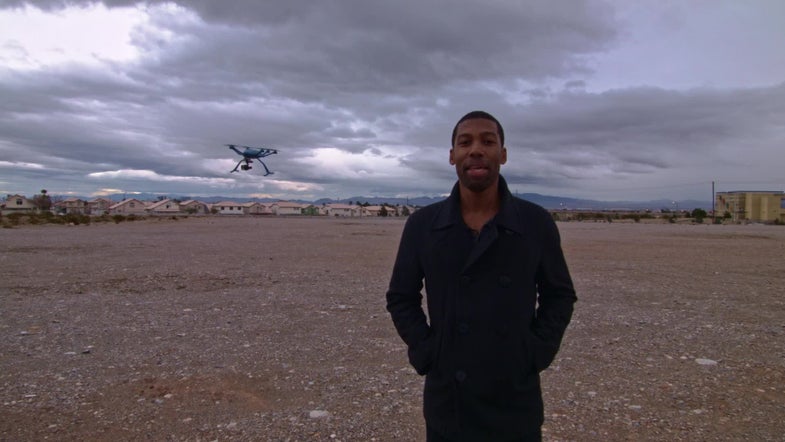 The Kickstarter-funded drone relies on a Bluetooth-enabled app for iOS and Android to track your location and correctly position itself around you for great camera angles. It also includes a built-in gimbal with GoPro mount. Here it's seen following Xavier Harding outside Las Vegas, Nevada, at CES 2016. Popular Science
SHARE

The showroom floor of CES 2016 was home to many drones, but the Hexo+ stands out among the flock. The Kickstarter-based project that began in the summer of 2014 has finally culminated in a drone that not only follows its human owner through a smartphone app, but also comes with a built-in gimbal designed to mount a GoPro, allowing it to grab video from the front, back and sides.

The Hexo+ uses an iOS or Android app to pair via Bluetooth and follows whoever is carrying the smartphone with the app installed. The drone reaches a top speed of 40 miles per hour and offers options for following close and far. An even closer option is currently in beta.

What sets Hexo’s drone from the camera-touting competition is the mechanical stabilization technology used. Much like optical image stabilization in many cameras, the camera rig physically moves to account for any shaking the drone does mid-flight.