Here’s What We Learned From The Ig Nobel Awards

Silly lessons from some silly science 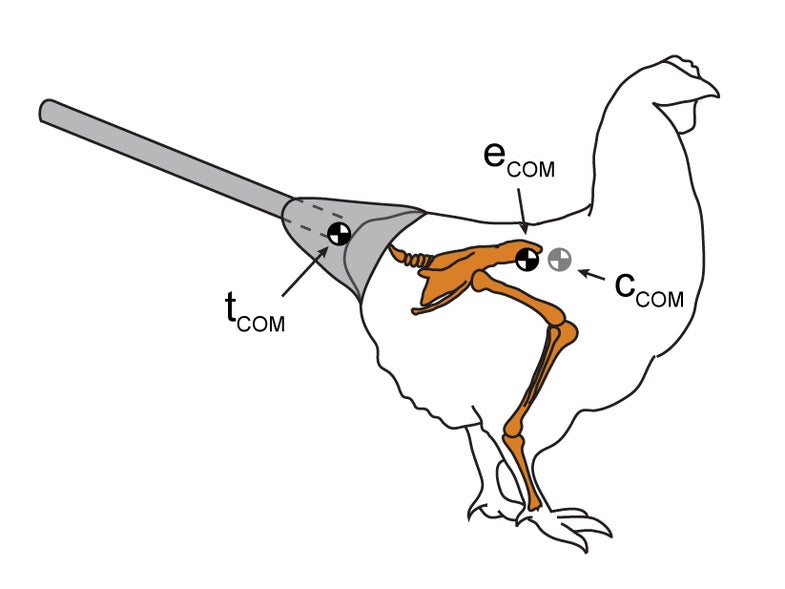 Experimental conditions and kinematic parameters measured.(A) Scheme of the control (C, grey hindlimbs), control-weight (CW, yellow hindlimbs), and experimental (E, orange hindlimbs) subjects. Control-weight subjects were raised with extra weight located over the pelvis. Experimental animals were raised carrying a wooden stick inserted in modeling clay and attached to the pelvic girdle. Estimations of the center of mass of the tail rig (tCOM), as well as of a control (cCOM) and of an experimental individual (eCOM), are shown. (B) Diagram of the segmental angles (f, femur; tt, tibio-tarsus; tm, tarso-metatarsus) and joint angles (k, knee; a, ankle) used in this study.
SHARE

How To Turn A Chicken Into A Dinsaur

Eggs can be un-boiled, at least partially. Mammals all pee for the same length of time. Every language has a word for “huh?” CEOs of risk-taking firms tend to have lived through—but didn’t suffer from—natural disasters. Police in Bangkok can get extra pay for refusing bribes. Allergic people get fewer hives if they make out with someone, and DNA persists in saliva after kissing such that saliva may provide evidence of an assault. It is mathematically possible for the Moroccan Emperor Moulay Ismael the Bloodthirsty (1672–1727) to have fathered 888 children, as lore holds. Chickens will walk like dinosaurs if they have heavy fake tails attached to their butts. A species of paper wasp has the most painful insect sting; the nostril is among the most painful places to be stung by a honey bee.

(Read all about the Ig Nobels and browse 25 years of previous winners at the Annals of Improbable Research. Or just check out Popular Science ‘s favorites in the September issue.)