Here’s What A SpaceX Falcon 9 Rocket Sees Before Launch

View of the heavens 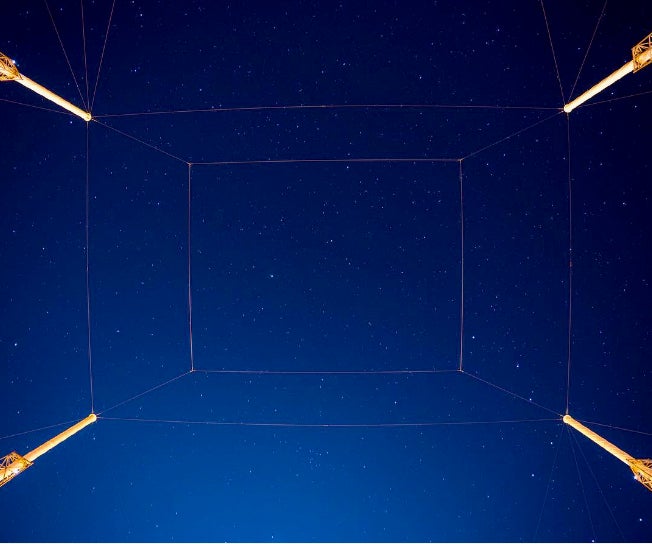 After four failures, SpaceX has two major successes landing its Falcon 9 rockets on a drone ship lately. But it’s easy to forget that launching the rockets in the first place remains a technically challenging feat. That’s why it’s cool to see this view of the night sky directly above the Falcon 9 on its launchpad at Cape Canaveral, Florida.

SpaceX posted this photo on its Instagram account earlier today. Yesterday, SpaceX posted a shot of all three of its successfully landed Falcon 9 rockets (one which was peformed on dry land) at its hanger in Cape Canaveral. SpaceX’s goal is reuse landed rockets in future missions, reducing the costs of space travel. That could ultimately help CEO Elon Musk’s plans to eventually colonize Mars. In the meantime, we get nice photos like these to feast our space-gazing eyes upon.