Here’s What The Rubber Ducky Comet Really Looks Like

The Rosetta mission beams back color photos of Comet 67P 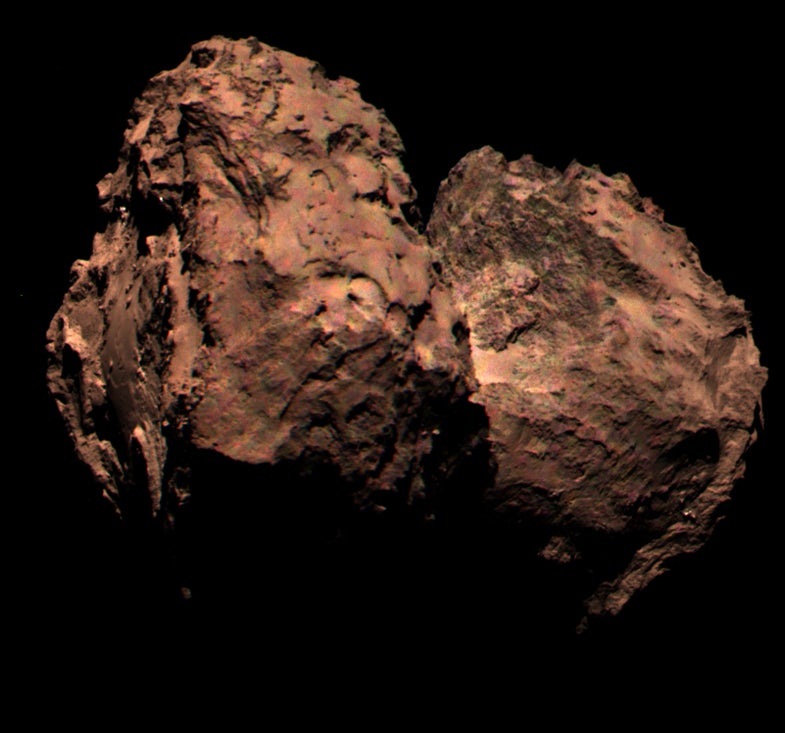 If you thought Comet 67P was a gray blob, you thought wrong. It’s actually a reddish-brown blob.

The European Space Agency’s Rosetta mission arrived at the ‘rubber ducky comet’ in July, and crash-landed there last month—making it the first manmade spacecraft to reach a comet’s surface in one piece.

Up until now, Rosetta scientists have only shared images of the comet in black, white, and gray. But a paper that will be presented at the December meeting of the American Geophysical Union shows that Comet 67P’s soil looks more Martian in composition.

The Narrow Angle Camera of Rosetta’s OSIRIS imaging system snapped the new image. According to Petapixel, it’s a composite of three different exposures—one taken with a red filter, one with a green filter, and one with a blue filter. The comet and the spacecraft shifted positions slightly between exposures, which is why the image appears blurry and iridescent.

Reddit user IG-64 color-corrected and sharpened the image into this: 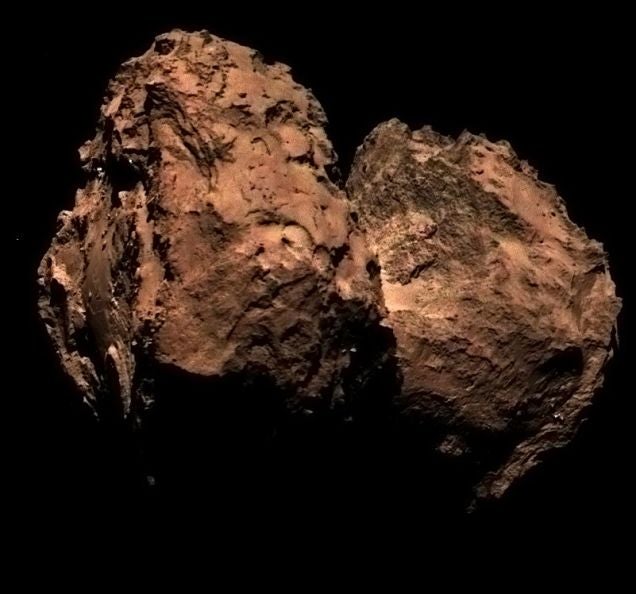 Though the new image is no doubt the most accurate in color so far, it would be a little controversial to call it “true color”, as Universe Today explains:

For a more in-depth discussion on ‘true colors,’ we defer to Cyndi Lauper:

[AGU via Petapixel and Sploid]