Make Your Own DIY Clock 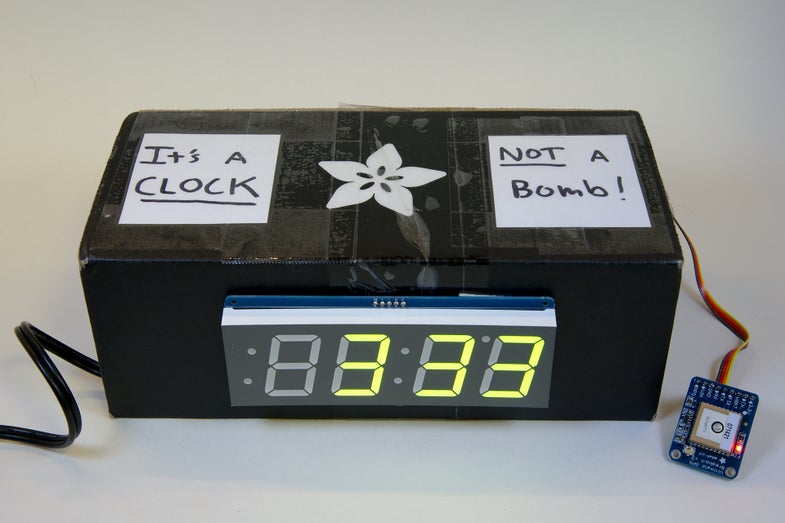 On Monday, Ahmed Mohamed, a 14-year-old from Irving, Texas was suspended and placed in juvenile detention for bringing a homemade clock to school, triggering a nationwide response against racial and religious profiling, and spawning the viral hashtag #IStandWithAhmed.

In the wake of Mohamed’s arrest, makers and hackers across the country have started building and sharing designs for DIY clocks to show solidarity for him and to promote STEAM education. World Maker Faire has also announced that they will be hosting Mohamed at their annual inventors’ and hackers’ gathering next week in New York.

Here we’ve assembled a few resources for making your own clock in support. Happy tinkering!

The folks at Hackaday are assembling a list called Clocks for Social Good. They are asking people to build their own clocks with friends and family members, and then post their final products on hackaday.io. They’ve also shared a few links with designs that can help you get started.

Instructables has a trove of fun project ideas, including designs for building your own digital clock from scratch, or for upcycling old clocks with repurposed Altoids tins, circuit boards, Pantone color swatches, and old children’s books.

Wired and ScienceAlert have got your back with video tutorials for making clocks at home.

Open-source hardware company Adafruit has shared this guide for building a digital clock with an Arduino that sets its own time using GPS satellites.

For New Yorkers, NYC Resistor, a hacker collective in Brooklyn, is hosting a “Make Your Own Clock” craft night on Thursday. Here’s the invitation they’ve posted on their site: “Join us in standing with Ahmed and promoting Engineering in schools on Thursday night by making your own DIY clock. Browse our junk drawers, grab some LEDs, and slap together your best Improvised Timekeeping Device. We have plenty of soldering irons and there will be people around to help out if you’re new with electronics. Philosophers will also be on hand if you have trouble with the concept of time itself.”

Make: Magazine has designs for five clocks you can build “to help show Ahmed, the Irving School District, and the world as a whole, that being creative and curious is not a crime.”