It’s harder for kids with food allergies to catch COVID

The link between these allergies and COVID immunity is largely mysterious. 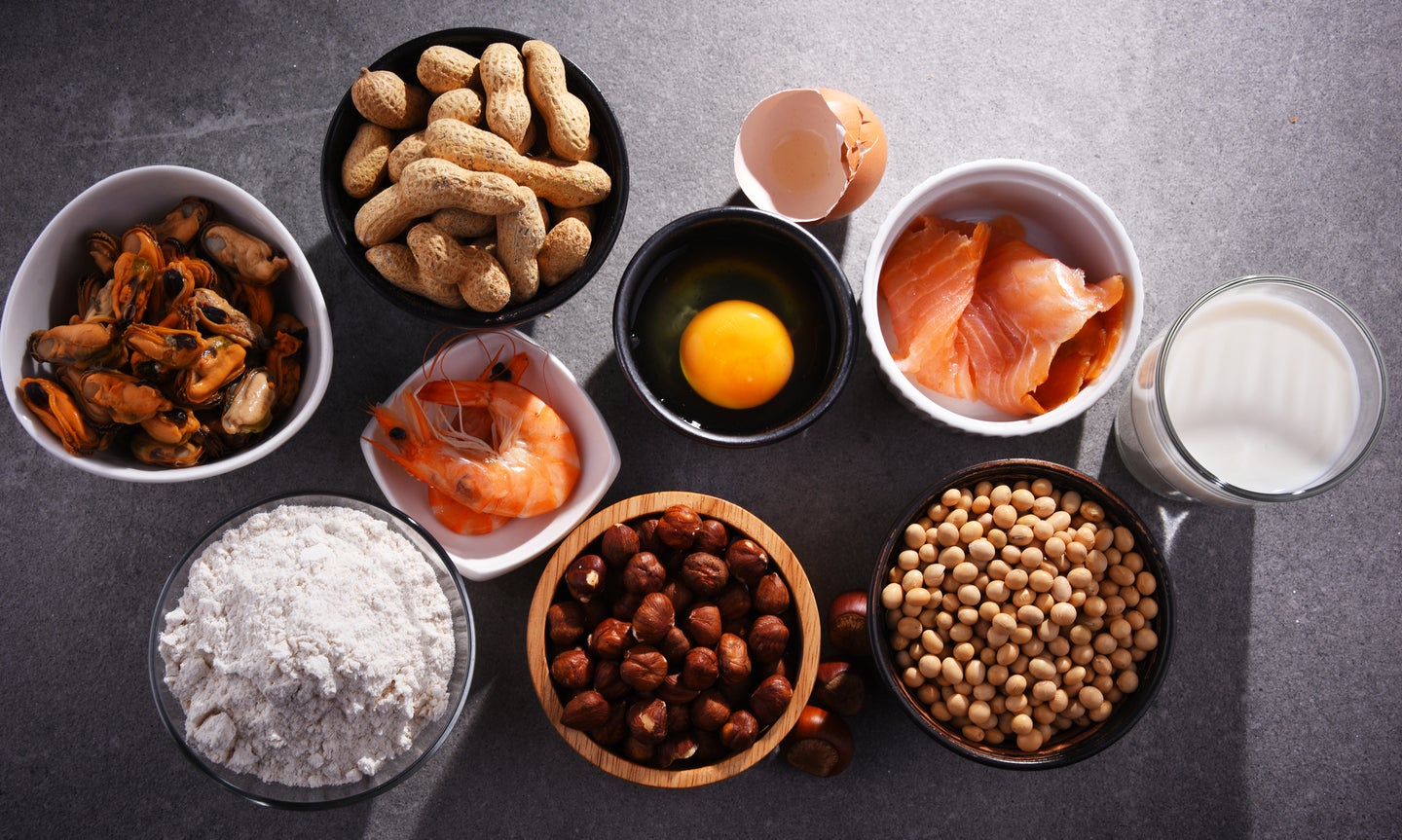 For reasons that aren't yet clear, kids with food allergies were much less likely to catch COVID in a new study. monticello/Deposit Photos
SHARE

Two and a half years after the coronavirus pandemic began, there’s growing evidence that allergies—which were once suspected to put patients at risk for serious COVID-19—instead protect against the illness. Children with allergies are significantly less likely to catch COVID-19, for reasons that may have to do with the idiosyncrasies of the virus, according to a long-term, National Institutes of Health-funded study published earlier this month.

“Historically, those with asthma and allergic disease are susceptible for poor outcomes due to viral infections,” says Max Seibold, a pediatrician and genomics researcher at the National Jewish Health hospital in Denver who led the research. “There was a real fear there about whether this was a risk group.”

Asthma, atopic dermatitis—the most common form of eczema—and food allergies are all loosely clustered together as “allergic diseases,” in part because they tend to develop together. “It’s not like everyone with atopic dermatitis has food allergies [or] has asthma,” Seibold says. “But it occurs concurrently in enough individuals that we know there’s likely something underlying it mechanistically.” And people with allergic disorders share a specific type of inflammation, called Type 2 inflammation.

The immune system primarily uses another type of inflammation, Type 1, to fight off viral infections. But for people with allergic disorders, a viral infection can trigger both inflammatory alarm bells. “They have this sort of flamed-out state of their airway with two types of inflammation going on at once,” Seibold says, which can lead to more serious illness.

Beginning in the spring of 2020, the team of researchers from multiple US institutes recruited children and teenagers from 12 different US cities who were already participating in allergy or asthma studies, as well as their primary caregivers. Every two weeks between May 2020 and February 2021, 5,600 participants were tested for COVID, with additional testing for anyone who became ill.

This way, the study authors tracked not only symptomatic or serious COVID cases—which remain rare in children—but asymptomatic ones, too. From that data, they calculated the risk of overall infection along with risks of serious illness. Estimating the overall infection rate is a rarity among COVID studies, because gathering data on asymptomatic infections is so expensive. “It was a huge undertaking to get a group enrolled and get samples from them regularly over a long period of time,” Seibold says.

Over the course of the study, a quarter of all households, and around 14 percent of all participants, caught COVID.

[Related: CDC estimates 58 percent of Americans have been infected with COVID so far]

That infection rate suggests that COVID had spread more widely than previously realized. “We found that 75 percent of infections in kids were asymptomatic,” Seibold says. “If you line up our data versus CDC data for the same time period, we come up with a much higher probability of infection for kids.” And those kids had high viral loads, even when asymptomatic, suggesting that they could spread the disease.

Allergic diseases affected COVID risk—but not in the way researchers might expect. People with food allergies were 50 percent less likely to catch COVID, and household transmission was much lower when someone had an allergy. Atopic dermatitis didn’t affect risk. Nor did asthma—unless it was specifically asthma triggered by allergic reactions.

Asked why that would be, Seibold says, “The first thing I would say is: ‘We don’t know.’ ”

But the team has a guess. The proteins that cause Type 2 inflammation can change how cells function, particularly in the skin, respiratory tract, and other membranes. Type 2 inflammation can modify the expression for thousands of genes, Seibold says. “It’s a very powerful mechanism. If you affect a lot of things, you may tweak some aspect of the biology that affects something else, like SARS-CoV-2 risk.”

In particular, previous work by Seibold and co-authors showed that people who experienced high levels of Type 2 inflammation also had less of a protein called ACE2 on the cells of their respiratory tract. ACE2 happens to be the exact receptor that SARS-CoV-2 latches on to when it infects cells. That suggests that people with allergic disorders have fewer vulnerabilities at a cellular level to the virus.

“It’s not a foolproof story,” Seibold says. “Why are asthmatics, for example, not protected?”

The answer to that question could lie in another study from 2019, which found that kids with food allergies had much stronger Type 2 inflammation signatures than those with allergic disorders of the skin. “I think the food allergic individuals have the most extreme levels of Type 2 inflammation and therefore the biggest effect on their receptor,” Seibold says, before cautioning: “that’s all conjecture.”

He summaries the hypothesis like this: Inflammation reduces the ACE2 receptors in people with allergies. That, in turn, should drive down infection risk. But it’s not proven.  “We have A to B and we have B to C, but that’s a little different than going from A to B to C,” Seibold says.

Right now, the team is studying participants’ cells by RNA sequencing. That might show whether the participants known to be at low COVID risk actually had the high inflammation and reduced ACE2 predicted in other studies.

The findings line up with other studies on allergies and SARS-CoV-2. A study published in March found that when lung cells were exposed to another key marker of type 2 inflammation, they cleared SARS-CoV-2 virus faster. And people with allergic diseases were about 25 percent less likely to be infected, according to an observational study in the UK published in late 2021.

Cezmi Akdis, editor of the journal Allergy and the director of the Swiss Institute of Allergy and Asthma Research, wrote in an email: “Although the publications are controversial, I think that existing allergy prevents severe COVID development.”

Still, Seibold doesn’t want to draw broader conclusions about the relationship between infections and allergy. “I’m not sure that there’s any strong conceptual relationship” between this particular virus and the course of allergic diseases, he says. “It’s potentially two independent things that happen—it’s just how things play out sometimes.”